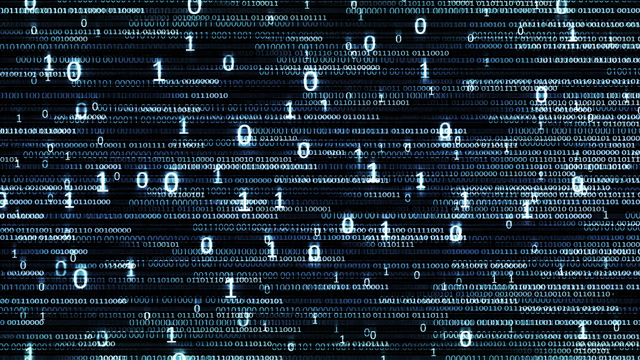 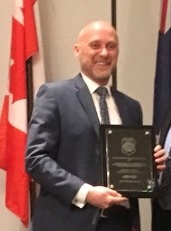 2018 saw the first running of the Data Specialists in Policing Continued Professional Development Programme which was delivered as a partnership between the Data Analytics and Training and Learning strands of the N8 Policing Research Partnership. It consisted of 8 modules, each one designed to provide an insight into techniques, tools and new ways of working with police data. In the first of a multi-part series, Scott Keay (Data Analytics and Insight Manager, Lancashire Constabulary) discusses his experiences of the programme in the context of the changing landscape of police data analytics and the recent developments in Evidenced-Based Policing.

As a police analyst ‘by trade’ I am enthusiastic in developing and promoting the practical application of crime and intelligence analysis. During the last two decades that I have worked for the police, the police analyst role has seen its fair share of ups and downs. This is since it was placed centre stage by the National Intelligence Model (NIM) back in 2000. I was witness to growing numbers of analysts, numerous conferences dedicated to crime analysis and support from useful guides such as 55 Steps Book to being a Problem-Solving Crime Analyst commissioned by the Jill Dando Institute of Crime Science. But something wasn’t quite right. When austerity measures hit there was a significant negative impact on the police analyst role and most forces experienced reductions in analyst numbers.

In my policing career I have had a number of analyst roles. During this time, I have found myself being pulled back to academia time and time again. In 2005 I completed my MA in Criminal Intelligence Analysis and now I am partway through my Ph.D. This has taught me the value of good research methods and how its application can add significant value. It also showed me that there is a dearth of such research and analysis within crime analysis. Therefore, I have been keen to look at how this can be assimilated into policing. There has been a fair bit of academic research on this from such giants in the field like Jerry Ratcliffe, Rachel Boba Santos and Spencer Chainey aimed at developing crime analysis. There has also been research that noted a hindrance in the integration of crime analysis into policing such as a dearth in training, rigid structures, a lack of time and available resources.

More recently, however, Evidence-Based Policing (EBP) practices have been gaining momentum. This has brought with it a positive shift back towards the analytical function. It has placed a renewed emphasis on the practical application of research and analysis within a police setting. EBP, in its widest form, is one that I embrace to improve crime analysis.

The term EBP derived from evidence-based practices associated with medicine and was introduced as a concept for policing when Prof Larry Sherman published Evidence-Based Policing, Ideas in American Policing in 1998. EBP emphasises a more thorough approach to policing research by collaborating with academic institutions and providing more rigorous research methodologies to understand crime problems as well as ‘what works’ in relation to policing activity. There has been some debate as to how the evidence that supports EBP is evaluated and this is contested by some academics. However, the important issue for police analysts is that the rise of interest around EBP has elevated the requirement for improved research methods and associated analytical techniques. This has then put the police analyst back into the spotlight.

Whilst I was involved in a collaboration between my organisation and Leeds University, I was lucky enough to be working with a group of people with the N8 Policing Research Partnership. Through a couple of the N8 PRP strands (Data Analytics and Training and Learning) it became clear that the Partnership could fill the void that existed between academic research and analysis and that employed by police analysts.

The N8 PRP funded a CPD programme for police analysts. The course was developed by analyst managers and academics aimed at improving the knowledge of research methods, problem-solving analysis, data modelling and the critical understanding of data and its context. The course provided attendees with an introduction into transferable skills that could be applied directly to the workplace.

The course was quite unique in that it was co-delivered by analyst practitioners and academics, and thus a way of bridging the gap between academia and the policing workplace. It also gave police analysts the opportunity to examine a multitude of new ideas, not just about research and analysis but also about non-police data sets and software.

From my perspective as an analyst manager the CPD training has given an insight into a variety of new areas to explore that are not covered in conventional police analyst courses. The next step now is to enhance and develop the skills and knowledge that has been expertly delivered on this series of training days. Only then will the benefits be realised and have a positive impact on analyst development.

A challenge moving forward will be managers allowing practitioners the grace and capacity to develop and use new ideas and skills. It appears that this remains a stumbling block. Police culture festers a need for a quick turn-around of products and results, yet in reality this is not always feasible. In fact, some of the best results in policing are those that have taken a while to develop and implement. Indeed, implementation failure is not uncommon in policing as highlighted by Professor Stuart Kirby in Effective Policing? Implementation in Theory and Practice.

Police leaders still need to take note of what analysts can achieve when given the right investment, training and technologies. This is a slow process, but with programmes such as the oversubscribed N8 PRP funded project there is a bright future for crime analysis and the role of the police analyst. There is clearly a need and a desire for the N8 PRP analyst CPD and I am pleased to see that it is being run again in 2019.

It is good to see POP (Problem-Oriented Policing) and the national Tilley awards returning, both placing analysis as essential ingredient. As EBP gains traction and with N8 PRP projects I believe that it is an exciting time for analysts and the police analyst profession. Analysts can also look forward to support through the National Analyst Working Group (NAWG) and Association of Crime and Intelligence Analysts (ACIA).

Interviewing sexual offence suspects: The impact of organisational, professional, and personal facto...
Policing the culture of silence
Policing with a purpose: A leadership compass