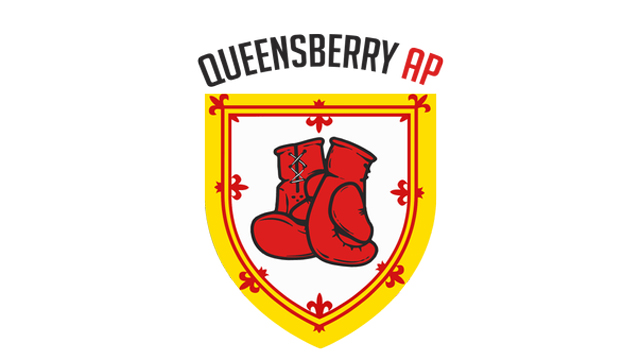 A new initiative to tackle knife crime was showcased at the recent N8 Policing Innovation Forum in Liverpool.

Queensberry Alternative Provision, founded by Paul Cooper and Nic Martin, offers a range of interventions aimed at tackling the root causes of knife crime and other risk-taking activities through direct work that aims to change and challenges young people’s mind-sets and behaviours. With an extensive background in education and social care Nic and Paul have developed a programme of work that is having an impact across a wide spectrum; from primary school pupils to young people heavily involved in criminal activities.

By employing the services of currently serving and ex-offenders Queensberry AP offer an innovative approach to tackling an issue that is impacting upon many communities. Unlike previous initiatives that have seen serving offenders being used as a “scare tactic” the Queensberry approach is one of education; as well as giving young people an opportunity to listen to how their decisions can impact upon individuals and wider communities it also provides an opportunity for the adult volunteers to reflect on their own choices and understand the wider impacts of their actions.

Statistics show that 63% of serving offenders have received fixed term exclusions during their time at school with 42% having been permanently excluded. Education is key to reducing these figures and keeping young people in school will have a huge impact on violent crimes such as knife offences. Working in partnership with Cheshire Police, CWAC Local Authority and England Boxing the past 18 months has seen Queensberry AP take a lead role in helping to create safer communities across Cheshire and Lancashire.

The workshops offered by Queensberry AP, developed following their work with a school-age perpetrator in Macclesfield, provide young people with an opportunity to listen to very real life stories from individuals involved in serious offences including drug-dealing and knife crime. Restorative justice underpins the Queensberry AP model of work and this approach is pivotal in challenging the current trend of knife carrying among vulnerable youths.

The link with nearby Thorn Cross prison began as a pilot last summer and launched in earnest in January 2019. So far, three offenders – all convicted of serious crimes – have taken part, telling their stories and becoming coaches, mentors and role models for young people on the programme. Paul and Nic initially invited several inmates from Thorn Cross to undertake community service and informally ‘interviewed’ each one with a view to engaging them on their idea for the new project. One candidate stood out and returned to speak to the young people.

“You could have heard a pin drop, over the course of two hours we sat and watched him tell his life story to the kids and the impact was clear to see” reveals Paul. “We’ve commissioned interventions in the past which were basically scare tactics, but this felt very different, it was about the impact of his offences and the ripple effect; how it affected him, his family and the wider community. His story is at times extremely difficult to listen to but really powerful and certainly makes people reflect on their own behaviours and choices. It has also had a real impact on our volunteer and the choices he’s made moving forwards. To witness an adult reflecting on their own behaviour and taking responsibility for their actions is quite humbling, especially after they’ve spent 14 years in the prison system”

The individual in question was released in April after serving 14 years. As well as speaking at the N8 conference he continues his work with Queensberry AP two days a week, providing him with a vital source of post-release support and an important distraction from falling back into old habits and peer groups.

Following the success of their first volunteer Nic and Paul met with senior staff from Thorn Cross prison and secured the services of two more serving prisoners.

“They settled into it quite naturally,” reflects Nic. “They are very outgoing, personable characters and as they’ve seen how young people have developed through these interventions, they’ve taken a real sense of pride from that. It has really motivated them to make sure they send the right messages through their talks. One of the volunteers works with us on a full time basis and we have supported his development to the point that he has taken on the role similar to that of a learning mentor and teaching assistant. Employment post-release is difficult to come by, giving the volunteers focus and something positive to put their time and effort into distracts them from a life of crime and helps supports their local communities” states Nic.

Between them, Paul and Nic have over 30 years’ experience; Nic in mainstream education and as a senior leader in a local authority Pupil Referral Unit (PRU); Paul in social care and education, working with young people with social, emotional and behavioural difficulties, and as deputy head teacher at a PRU.

Queensberry AP deliver longer term interventions that use boxing as a tool to promote respect, discipline and resilience which in turn promotes positive behaviour and engagement in the community. Boxing has innate qualities that make it the ideal vehicle for engaging hard-to-reach young people and adults – but only if harnessed in the right way.

“A lot of people seem to think the sport alone is itself the answer to issues such as knife crime, but we couple it with education and use it as a tool to promote discipline and respect in students and the volunteers from the prison, moulding them into coaches, sports leaders, positive role models and peer mentors,” said Nic.