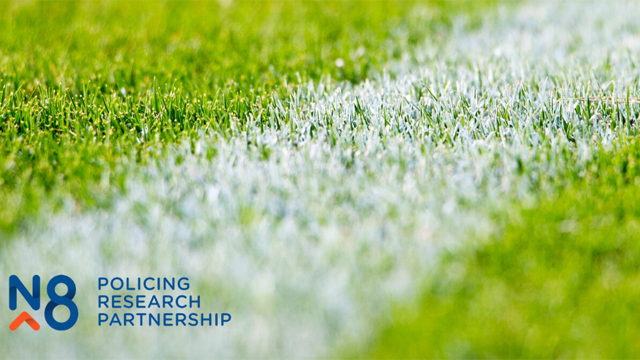 Police forces across the UK are dealing with a public health crisis in the fight against the devastating rise in knife crime, a group of policing experts have warned.

The call comes days after the announcement that hundreds of pubs and clubs in London are to be given stab kits in the wake of rising violent crime in the capital.

According to a report by the BBC, there has also been a sharp increase in the number of offences outside of London, with places such as Liverpool, Manchester and Blackpool among the top 25 most dangerous places for knife crime in the country.

In response to the growing issue, a team of policing experts from across the North of England have called on local government and police forces to take a public health approach to tackling knife crime, during a major policing conference held in Liverpool.

Will Linden, deputy director of Violence Reduction Unit Scotland and a leading serious crime expert, led the calls for greater collaboration in the fight against knife crime at the N8 Policing Research Partnership’s fifth Policing Innovation Forum (PIF), which was held at Everton FC’s Goodison Park.

Mr Linden said: “The challenge when looking at knife crime is that traditionally we have looked at it through a single lens – and that lens being criminal justice. However, this approach isn’t going to allow us to get to the roots of the problem and ultimately tackle it. 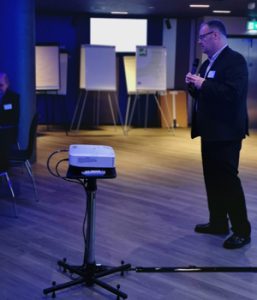 “We know that there are a number of major drivers that lead to knife crime, such as social, racial and gender inequalities, poverty and a lack of aspiration in some of our communities. This is a public health issue and should be treated as such – knife crime is a symptom of all of these factors and it’s critical that we address them head on.

“Some of these will be long term goals, in terms of how we encourage better mental health, upscaling communities and helping to support them. In the short term, it’s looking at how we keep young people in schools, firstly making sure that they want to go to school and then ensuring that they actually have a future off the back of it.

“The time for talking is over and it’s now time for action. What we’re talking about is a holistic approach, through policing practitioners working together with local authorities, academics and community groups to understand the roots of violence. This will allow us to truly address the issue. There is an expediency in the fight against knife crime, we must do it and we must do it now. To say that nothing can change with this problem is defeatist and if we hold that attitude, nothing will ever change.”

Cheshire Constabulary’s Sarah Heath, the superintendent for tackling weapons and reducing serious harm, was a guest speaker at the conference. Cheshire Police has developed an effective community integrated approach to target knife crime in the region, following the fatal stabbing of 18-year-old Eddie O’Rourke in Runcorn in November 2018.

Speaking about how multi-agency engagement, through collaboration with partners and young people in the community, can make a difference in policing knife crime, Supt Heath said: “Collaborative working on an issue like knife crime is vital. We have seen some success in reducing the number of knife-related crimes in Cheshire, but that’s all down to the partnership approach. 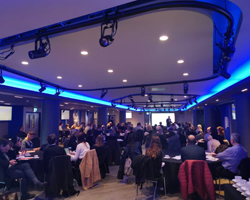 “Policing is just one very small aspect of this when we are talking about such a big issue. It really takes the whole community to get behind it, because it’s a community issue and it needs a whole community to work together, not just police and their usual partners and local authorities. It’s about education, community groups, and local charities all coming together in a structured approach.”

Delegates also heard from Sue Gregory, director of youth engagement, employability and sports development at Everton in the Community. She spoke about the charity’s role in its community and the work that their team does to engage with young people in the local area to help reduce crime-related activity.

Professor Adam Crawford, director of the N8PRP, said: “The aim of the N8 PRP is to develop creative and innovative ways of research that help to address immediate policing problems. It’s about a multi-agency response and taking a public health perspective is a very interesting case, because crime isn’t just a responsibility for the police, crime is a responsibility for everybody and bringing practitioners and researchers together, along with third sector partners, is key to helping identify these issues.

“We hope that the forum has given delegates new ideas about how to bring innovation into planning and how we can tackle these police problems together. We’re delighted to have secured another year’s funding and we’re hoping to receive applications for small grants from delegates who attended the conference and have been inspired to submit a research project that we can help to support and ultimately bring some of these lessons into other policing areas in the future.”