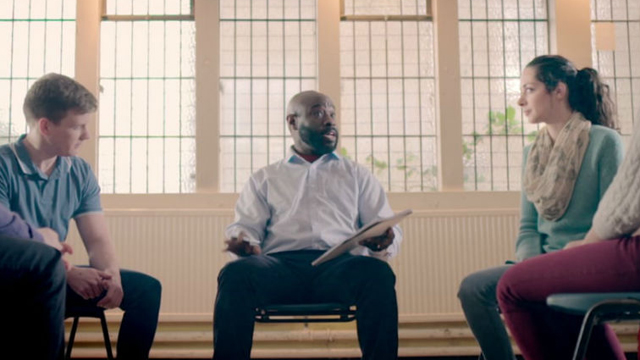 A collaborative project between Durham Constabulary and the University of Sheffield has undertaken an exploratory study of extending the use of restorative justice practices in new and innovative ways. The project represented the first pilot of the N8PRP’s Staff Exchange scheme and explored the views of key stakeholders concerning the feasibility of introducing restorative approaches in the context of organised crime offending.

The application of restorative approaches has been extended to new and innovative contexts in the last few years both within the criminal justice system and beyond. Drawing on the lessons learned in the expansion of restorative justice in areas such as domestic violence and sexual offences, this project set out to discover whether such approaches could be extended to yet another type of offending: organised criminal activity.

There is little evidence in research literature that such an approach has been attempted to date. With this research gap in mind, this study sought to engage the key participants in the restorative justice process – namely offenders, victims and practitioners – in an exploratory dialogue, scoping the potential for such measures to be further explored and possibly pushing the door ajar for future research in this area. During the course of the six month project, 16 organised crime offenders were interviewed at a dispersal prison. Offenders ranged from principal actors within organised crime groups to those having significant and peripheral involvement in such groups. Alongside this, the research also conducted interviews with 12 victims of organised crime offending and 13 expert restorative justice practitioners.

The research found varying degrees of willingness to participate in restorative justice measures amongst organised crime group offenders. Most offenders interviewed expressed a strong desire to take part, were such measures offered to them. They indicated a wish to apologise to victims of their offending with some interviewees expressing deep regret for their actions and drawing on personal experiences in prison to explain their regretful attitudes. However, while other offenders acknowledged and agreed with the principles underpinning restorative justice, they struggled to apply it to their own offending, demonstrating techniques of neutralization and minimisation of their own offending as well as a lack of understanding of the impact their actions have had on others.

Victim interviewees expressed doubt as to the willingness of offenders to take part in restorative justice. Organised crime offenders were characterised as cold and calculated individuals with little regard for their victims with particular reference to entrenched criminal lifestyles. Despite such broad scepticism however, most victim interviewees also indicated a willingness to take part in restorative approaches if an offender could be brought to the table.

Finally, restorative justice practitioners were almost unanimously enthusiastic about the possibility of extending the use of restorative approaches to organised criminal offending. With the right preparatory work in place, practitioners encouraged us to take organised crime off the “too difficult pile” and begin applying restorative practices to this type of offending. However, alongside this enthusiasm came a marked confidence gap. Practitioners agreed with the idea of extending the use of restorative justice in this way in principle but expressed concern as to whether they possessed the right knowledge and skill-set to facilitate such practices.

The research thus found willingness and support across all interview participants for the use of restorative justice with organised crime offenders and victims, albeit with varying degrees of enthusiasm. Broadly speaking, the door to explore this theme in greater depth has been pushed open.

The Staff Exchange scheme represented an opportunity for us to work collaboratively on a piece of research with both academic and practice-orientated implications.

Xavier’s reflections: From an academic point of view, the project was a chance to work in genuine collaboration with a police partner on a project with both academic value and clear operational implications for police practice. This can be a difficult balancing act but working alongside Nikki from beginning to end on the research has ensured that we both feel we have met our mutual and interlinked objectives. Working with a police practitioner also meant tapping into a wealth of contacts across a range of criminal justice institutions including the Police, the National Offender Management Service and the Home Office. Thanks to Nikki’s extensive contacts, the project enjoyed rapid and extensive access to police data on organised crime activity as well as the opportunity to conduct interviews with a range of participants, all within a very short time-scale.

Nikki’s reflections: From a police practitioner perspective, the opportunity to carry out research in collaboration with an academic partner is one that I have relished as I believe it has the clear potential to influence and shape policing practices based on evidence. I can honestly say that I found conducting the fieldwork hard work but also incredibly rewarding. I have so enjoyed this aspect of the research process and have felt so inspired by everyone’s enthusiasm and involvement in this project, that I am now going to pursue a PhD at the University of Sheffield to develop the research undertaken so far. This shows what can be achieved in policing through academic collaboration and also potentially the power of action-oriented research – research which has the potential to affect interventions a police officer may offer a victim and an offender who is/was part of an organised crime group.

The analysis of the research findings is ongoing and we plan to publish a short report in the near future summarising the key themes emerging from the research before pursuing academic publications. Alongside this, we continue to seek opportunities to present the research in both academic and non-academic forums having already presented at academic conferences in the past few months. We will soon be presenting the findings at key National Police Chiefs’ Council forums so that they can be considered at policy/practice levels within policing circles.

We have been heartened and encouraged by the level of interest in the research from a vast range of people with both academic and practitioner backgrounds. It would certainly appear that the potential application of restorative approaches with organised crime groups is a topic area in which many people hold an interest. If you would like to discuss our findings, share your thoughts with us and suggest avenues for further research, please do get in touch – we welcome your involvement!

A former probation officer and middle manager, I joined Durham Constabulary 10 years ago and have worked in a variety of roles, including as a policy officer, analyst and project manager.