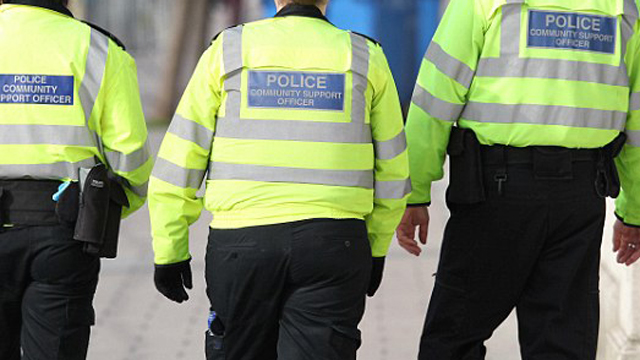 Working with the police on policing

Over the last few weeks my research team and I have spent many hours in custody suites up and down the country persuading sometimes stressed and, often, busy custody sergeants and detention officers, as well as detainees to fill in a brief questionnaire. This is not an easy task, as you might well imagine. Thrust into a custody suite one has to quickly work out who is who and who can help, quickly forming allegiances with any staff who show an interest in who you are and what you are doing there. This is a police-academic partnership of a kind, albeit a fleeting one, and sometimes one whose boundaries are tested. In one force, for example, frontline staff implored me to express to their managers how short-staffed they were in the suite and how this was affecting morale. Given my somewhat impressionistic ideas of this at the time, it was a difficult request for me to accommodate. However, it raises important questions about the nature of police-academic partnerships, for instance, about the role of police scholars in such partnerships, as well as the role of police partners of varying kinds and about who are and should be the main beneficiaries of such partnerships.

These are only some of the issues that are to be examined on at the forthcoming international conference Working with the Police on Policing to be held at the University of Sheffield 12-14 October 2016, the ideas for which stem from the growing alignment between the police’s need for evidence-led practice and scholars’ need for impactful research. The conference will focus on the ways academics and the police do and can work together, drawing on real-world collaborations between academics and the police from different countries. It is set to include a wide range of speakers, topics, contexts and countries, data collection strategies and types of police-academic partnerships of differing lengths. It will include presentations on how to conceive and conceptualise partnership relations (James Sheptycki, York University, Canada) and also how academic concepts can baffle but also enlighten police practitioners (Layla Skinns, University of Sheffield and Alan Greene, GMP). It also explores how police-academic partnerships evolve over time (Marleen Easton, Ghent University and Stanny de Vlieger, Federal Police Antwerp, Belgium), but also how such partnerships can encourage, support and perhaps even be a driver of organisational reflection and change both for the public police in England (Penny Dick, University of Sheffield and Andy Fern, GMP, UK) and Scotland (Nick Fyfe, University of Dundee, Scotland), as well as for the private security industry (Adam White, University of Sheffield and Imogen Hyat, Security Industry Authority, UK). Furthermore, speakers will examine some of the practicalities of police-academic partnerships, examining for example how research evidence can be effectively co-produced and embedded over time into police practices (Sarah Bennett, University of Queensland and Ian Thompson, Queensland Police, Australia).

I hope you can join us at this innovative conference, which will examine ideas of central and practical importance to police organisations and police scholars, nationally and internationally. This conference is funded by the N8 Policing Research Partnership, and is hosted by the Centre for Criminological Research at the University of Sheffield.

The conference will be held 12-14 October 2016 (lunchtime to lunchtime) at Inox Dine, Durham Road, Sheffield, S10 2TG. The conference fee is £120 or £170 if delegates also wish to attend the conference dinner. Due to limited places, it is advisable to book as soon as possible. Please register for the conference here: http://goo.gl/Mp13cO

Partnering up to tackle cybercrime
Data specialists in policing CPD programme review: Part 2
Building bridges between policing and academia – reflections from the ground