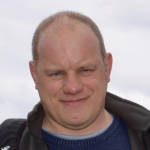 This article explores research conducted as a result of an N8 PRP Application of Knowledge for More Effective Policing Programme funded PhD studentship. The PhD examines factors influencing effective information retrieval in investigative interviews conducted with sexual offence suspects. Applied studies were used to identify current interview practices along with the perspectives and lived experiences of those within the interview room. Recommendations for future applied practice and research will be available to N8 PRP partners.

The incidence of sexual assaults remains stable within England and Wales (NCS, 2017), however reporting has increased substantially since 2011 and stands at over 150,000 reports per year (ONS, 2018). This represents a significant and sustained increase in demand for police resources. Sexual offences frequently present limited independent evidential opportunities beyond the accounts of the involved parties (Myklebust & Bjørklund, 2010). Investigation failures can lead to reduced community confidence and public criticism of police actions (Laville, 2009; IPCC, 2010; Newman, Brown & Peachey, 2014). The attrition rate for sexual offence complaints within the criminal justice process remains concerningly high (Gregory & Lees,1996; Kelly, Lovett & Regan, 2005; Daly & Bouhours, 2010) despite efforts at reform. It is against this landscape that this research has been conducted.

The focus of this PhD project was to identify interviewer traits that promote or impede information elicitation from interviews with suspects in sexual offence investigations. Complete, accurate, and reliable information from all parties is essential for effective investigations and fair decision making. This project reviewed current research, analysed real suspect interviews in rape investigations, and obtained the lived experiences of both investigators and the individuals interviewed for such offences.

The project was supported by assistance from two North East police forces and the National Probation Service. A literature review identified research articles focussed on sexual offence interviewing and a Study Space Analysis (SSA) evaluated 20 key studies (Pankhurst, Oxburgh & Doherty-Sneddon, under review). The offenders defined were commonly separated by the age of victim (child/adult) and findings suggested different interview characteristics present between these groups. Identified emerging themes included: factors influencing suspect confession decisions, offence characteristics (such as victim age), and interviewer interactions. The strength of evidence was a positive factor in eliciting confessions as was the use of a humane approach by the interviewer, whereas, a dominant approach was associated with increased denials. Overall, information gathering investigative interviews were less represented within the research than confession-based interrogations.

Support for a humane interviewer approach aligns with the PEACE (Preparation and planning, Engage and explain, Account, Clarify and challenge, and Evaluation of the interview) model of investigative interviewing developed and in use within England and Wales. It could also be argued that the humane interviewer approach is in line with Procedural Justice Theory principles of: Fairness, voice, transparency, and impartiality that are critical in the perceived legitimacy of policing processes, such as investigation (Thibaut & Walker, 1975; Blader & Tyler, 2003).

There are potential gaps within the extant literature including: interviewer behaviours within a sexual offence interview, the impact of suspect vulnerability, the effect of personality and trait empathy levels on interview behaviour, and the impact of emotional valence and arousal on the parties within suspect interviews and any influence on interview outcomes. The purpose of the following study was to understand behaviours that were occurring within the interview rooms of sexual offence investigations and how congruent these behaviours are with research findings and practice recommendations.

A sample of interviews (n=26) of suspects in rape investigations was analysed using a novel coding framework looking at area including: question types, rapport techniques, interviewer empathic interactions, negative behaviours, and suspect characteristics. Interview outcome was measured by investigation relevant information (IRI) yield. Interviews with adult suspects were coded to identify interactions and behaviours within different interview phases. The analysis showed no significant difference in behaviours across offence type by victim (adult/child). There were significantly more inappropriate than appropriate questions across interviews. There was a relationship between positive interviewer behaviour and Information (IRI) yield. The results support previous research that positive interviewer behaviour aids effective interviewing (greater information yield) and evidence of good practice. The prevalence of inappropriate questions, however, does indicate that interviewing practice can be further developed since such question types have been associated with lower information yield (Oxburgh, Ost & Cherryman, 2012). Based on these findings, a study was designed to explore a deeper understanding of the factors that influence interviewers in sexual offence investigations and within the suspect interview.

The perceptions, behaviours, and decisions of interviewers experienced in the investigation and interviewing of sexual offence suspects were obtained and analysed using an Interpretative Phenomenological Analysis. They described their lived experiences of investigating and interviewing sexual offences suspects. These testimonies were used to shed further light on the interviewers processes and identify common and important subjective experiences. Three superordinate themes emerged; Organisational Process, Interaction Process, and Emotional Process. Officers described the negative impact limited resources and increased caseloads have on effective investigation. A number of officers spoke of feeling responsibility towards the victims of sexual crime and acknowledging vulnerability factors. There was a perception by some that complainants in sexual cases came under an unreasonable level of intrusive scrutiny not replicated in other investigations. There was a recognition within interview of the need for good rapport and empathy, and that it was a difficult process for the suspect. Many officers spoke of the need for good planning and a flexible approach towards the interview. There was regular comment on the emotional challenges and difficulty of remaining detached in such cases, particularly involving children. It was clear from the officer’s comments that interviewers within the interview setting are influenced by many external factors. The final study sought to obtain the experiences of suspects being interviewed to understand the effect of interviewer behaviour on their decisions and experiences under investigation. However, this final study is currently in the data collection and analysis phase, so results are not yet available.

In summary, the adherence to basic principles is not only fairer but leads to a more effective investigation and clearer outcomes. Officers valued and displayed the principles of good practice, yet this was not consistent across all interviews analysed. Sexual offences are emotive and difficult allegations to investigate. Interviewers feel a clear responsibility to investigate thoroughly and effectively but to also provide a good response to victims. This work shows the relevance of exploring issues around the wellbeing and mental health of those tasked with interviewing in such investigations given the emotional content described by officers.

Some of this work leads to show the relevance of exploring issues around the wellbeing and mental health of those tasked with interviewing in such investigations given the emotional content described by officers. Interviewers feel a clear responsibility to investigate thoroughly and effectively but also provide a good response to victims. Sexual offences are emotive and difficult allegations to investigate. The adherence to basic principles is not only fairer but leads to a more effective investigation and clearer outcomes.

Hands, face, cyber space: How the pandemic is accelerating the growth of cybercrime
A blog by Chief Superintendent Ngaire Waine, Head of Criminal Justice at Merseyside Police and N8 PR...
Possibilities for organisational learning and culture change through policing partnerships in safegu...