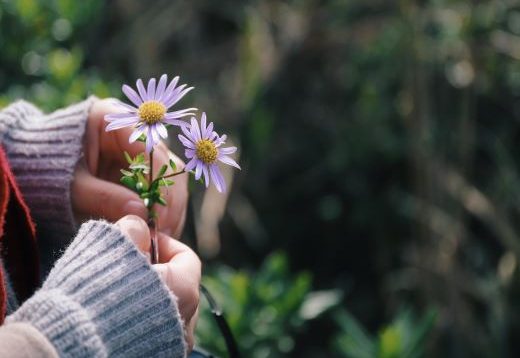 Professor Nicole Westmarland discusses how domestic abuse policing changed in 2021, how to turn positive developments into real improvements, and what more needs to be done.

I hesitated in writing the title of this article. As a natural optimist, I first of all wrote the phrase ‘advancements in the policing of domestic abuse’. This year has seen the biggest shifts in a long time in criminal justice responses to domestic abuse – so why not be positive about what these changes might bring?

There have actually been so many developments in the criminal justice response to domestic abuse that there are too many to cover in one blog. Many of these are focused around the introduction in April of the long awaited Domestic Abuse Act 2021.

One of the important measures of the Act was the appointment of the first Domestic Abuse Commissioner – Nicole Jacobs. This is a wide ranging role which is much needed to bring a level of organisation and coordination to responses to domestic abuse. Crucially, the Act places legal duties on public sector bodies to cooperate with her and respond to any recommendations she makes to them. Nicole Jacobs has been in role as designate Commissioner since 2019 when the Bill was passed. She is an experienced manager in the domestic abuse field, has both understanding and experience of the need for multi-agency working, and has already started bridging front-line and strategic levels – including working in close partnership with academics.

The Act also introduces a new offence of non-fatal strangulation – this is a welcome addition given the association between non-fatal strangulation and homicide. Linked to this, is a ban on the use of the so called ‘rough sex’ defence, which was seen by many activists as a ‘get out’ clause for homicide by claiming that the victim consented to serious harm. This is a major success for the campaign group ‘We Can’t Consent To This’, who recorded 60 UK women who were killed by men who claimed a defence of this ‘sex game gone wrong’ nature.

Following an increasing recognition that it should not always be the victim who leaves home, sometimes with their children, and that the onus should be on the removal of offenders, police have been given new powers to issue Domestic Abuse Protection Notices. These require offenders to leave the house instead of the victim. These last for 48 hours but can be followed up by a Domestic Abuse Protection Order issued by a Magistrates Court.

So given these plus other developments, why the pessimism? Why not use the word advancements? There are two reasons for my more cautious approach.

Firstly, for me, there remains far too little focus on domestic abuse offenders, particularly in relation to prevention efforts. I don’t believe that we can police our way out of domestic abuse; our efforts must go far wider. I have also seen too much pressure on front line policing to resource the new measures. I’m not convinced about the value of introducing polygraph testing for domestic abuse offenders as a condition of their licence, and there are interventions with stronger evidence bases that could have been introduced in its place.

Secondly, I feel we have been here before with the promise of a new Act being a new dawn. I remember the hope and optimism I felt when the Sexual Offences Act 2004 was introduced, when there was a wholesale review and modernisation, when we had specialist units and officers and there was a real multi-agency desire to work together to make things better. The knowledge was there, the enthusiasm was there, yet the resources and political prioritisation were not. A commitment to improving criminal sexual offences has again been made, but in these intervening years significant harm has been done.

My heart is still optimistic about the changes that can be made to improving the policing of domestic abuse, but my now older head on my shoulders tells me to be sceptical. I hope to be able to look back on this blog in time and be able to use the word advancements in the titles of future work.

Nicole Westmarland is Professor of Criminology at Durham University. She is N8 PRP co-lead for Durham (with Dr Donna Marie Brown), and Co-Chair of the Policing Domestic Violence Network which arose from the N8 PRP.  Sign up to the Policing DV Network list.