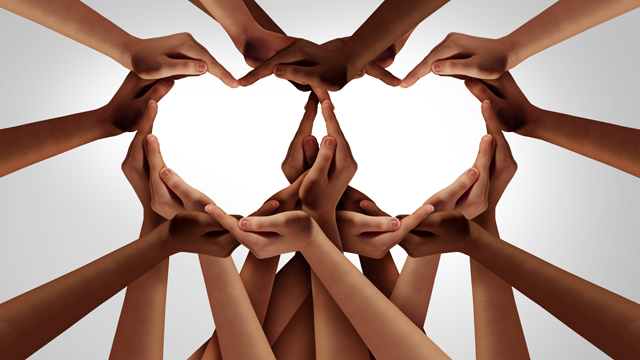 Co-production in police research: towards a model of greater inclusivity

‘Communities have problems; universities have departments’.

So remarked the OECD in 1982, in a not-so-thinly veiled attack on the academy that lamented its inability to influence positive social change. Higher education institutions, it observed, were rigid and unintegrated. Its people, and their linked interests, were divided by faculties that did not exist in the real world. Social problems and their solutions were characterised by a natural complexity, or ‘interdisciplinarity’ – that buzzword that now pervades the strategic mission statements of many of today’s universities – but which had previously proved so elusive.

If the OECD felt that collaboration between university departments was lacking, collaboration with others – outside of the academic sphere – was in even shorter supply. The rarity of examples of collaboration between universities and police organisations testified to this. To be sure, research with the police could be found. On some occasions, researchers were called in by policy-makers to evaluate programmes on the basis of pre-designed questions in a linear model of customer-contractor relationship, as championed in the UK by the 1971 Rothschild Report. For the most part though, the field remained dominated by research on the police, designed, directed and carried out by academic researchers.

Progress – but with limits

Today, it is fair to say that more and improved collaboration between police and universities is taking place. Within universities, interdisciplinarity is gaining a foothold (albeit still a precarious one). Academics are now working more closely with colleagues they scarcely knew existed and with practitioners who once appeared distant. The idea of research impact and application too, is beginning to evolve beyond traditional notions of publication sales and citation scores as measures of success. This has done much to improve the appeal of ‘participatory action research’, carried out with practitioner stakeholders to improve practices in workplace settings.

The police too have given affect to greater and improved collaboration, by reversing a longstanding culture of institutional resistance to outside interference. Growing enthusiasm for collaborative research and the benefits it can bring about are most obviously reflected in the rise of evidence-based policing (EBP), which whilst not new, has gathered considerable momentum in recent years. The movement’s advocates can cite noteworthy successes in establishing collaborative networks and bringing about positive change in police practice.

Yet insomuch as each of these developments have demonstrated marked progress, they are not without their limits. Collaboration has become more popular, but it would be naïve to suggest that a truly inclusive approach yet consistently pervades the processes of doing, implementing and sustaining research, along with the knowledge it informs. And whilst the cause of participatory action research has been assisted by attempts at broadening the meaning of impact (most notably within HEFCE’s Research Excellence Framework), it remains understood and satisfied in strikingly narrow terms. This caps creativity and flexibility in the effective design and realisation of collaborative research. Meanwhile, prospective partners are hindered by a lack of strategic vision. This is particularly true of the police, who, now often keen to demonstrate evidence of partnerships with universities wherever the opportunity may present, eagerly embrace the mantra of evidence-based practice without thinking too much about what constitutes evidence or how this might inform practices. Rarely is the question asked:

‘what do we want, or indeed need from such partnerships?’

Thinking about the process

Overcoming these limits requires prospective partners – police, academic organisations, and others – to think anew not only about what research is, but about how it should be done – and who should be contributing to each stage of the research journey. Perhaps inevitably, thinking about these questions – and the processes of doing collaborative research – tend to be overlooked as attention remains fixed upon the demand for results, findings and the silver-bullet technologies that knowledge might bring.

But these questions aren’t being overlooked everywhere. One engine of change in which these questions are being considered is the N8 Policing Research Partnership (N8 PRP). Established in 2013 and funded for a period of 5 years from 2015-2020 by a HEFCE Catalyst Grant, the N8 PRP aims to strengthen the evidence base upon which policing policy and learning is developed by engaging in ‘co-production’ – a particular form of participatory action research which demonstrates a far greater degree of inclusivity than I have seen elsewhere (see further; Crawford 2017). Its range of partners is diverse, and includes universities, police forces, police and crime commissioners, government and other agencies. Whilst it posits the familiar aim of harnessing the individual skill sets of partners to carry out and utilise effective research, it also places a striking deal of effort into creating sustainable partner relations within its various strands of work and activities.

Recently, I was invited to an N8 PRP workshop in York, where representatives from a number of partner organisations reflected upon the challenges of co-production. The event was informed by wider co-production research that has been undertaken across the N8 Research Partnership in diverse fields of policy – lead by Professor Heather Campbell, (University of Sheffield), who presented findings and a video from that programme of work.

The N8 PRP – innovation in co-production?

The workshop was an insightful experience. I left with the impression that the extent to which the N8 PRP actually does integrate its specific form of collaboration into both its broad, strategic vision, and its specific activities, is encouraging. Collaboration took place between prospective partners as an initial application for funding was put together, and a much more intense period of co-production followed the awarding of the HEFCE grant, as partners laid out the N8 PRP’s aims and activities. More recently, the partnership’s commitment to building effective and sustainable inter-personal and inter-organisational relationships has been illustrated by its award of small grants for individual co-produced projects, its partner staff exchange, and its practitioner training and learning programmes. In these respects, the N8 PRP is pioneering both in its ambition and scale.

During the workshop, I was struck by the efforts to confront what surely remains one of EBP’s biggest challenges – moving beyond over reliance on individual ‘owners’ of participatory action research. Whilst establishing close personal networks built upon trust is crucial to the effectiveness of co-production, nonetheless aligning projects so explicitly with particular individuals risks creating problems regarding sustainability. What happens when such individuals either aren’t available, or disappear from the scene? Ultimately, the test of effective partnerships must lie in how they stand up when such people are absent, move on or retire. The N8 PRP has recognised this by establishing responsibility for the partnership and its projects at institutional levels. As a result, the continued existence of its co-production activities is not contingent upon the presence of practitioner ‘champions’ – as important as these are – and lead academics who move institution are not able to ‘take’ partnerships projects and research with them in the event that they should move on. Rather, responsibility – and momentum – rests with the institution, to be picked up by others.

This is all very promising. The N8 PRP’s attempts at co-production appear to demonstrate that new, more inclusive forms of collaboration are emerging. Yet there are further questions to answer, and challenges to confront. Funding, perhaps unsurprisingly, remains a perennial issue. At the workshop, Professor Gloria Laycock (University College London) observed that funding councils – the most likely source of future partnership funding – remain risk-averse. Whilst this is the case, councils are less likely to attract, let alone consider, creative applications that invest in partnerships rather than simply projects. Their typical requirement too, of comprehensive proposals that would seem to account for every possibility and eventuality rarely permits the inherent uncertainty, ‘messiness’ and need for flexibility that characterises co-produced, participatory action research.

This begs the question – how did the N8 PRP, not established upon contractual, predetermined questions, navigate such challenges? The partnership seems to have proven an exception to the rule. N8 PRP Director Professor Adam Crawford (University of Leeds) underlined this point when he commented that whilst HEFCE took a leap of faith in funding the ambitious programme of the N8 PRP, it remains unlikely that a UK Research Council – such as the Economic and Social Research Council – would have been so easily convinced. It seems that funding councils will also need to confront the many challenges that genuine co-production poses. It may be wishful thinking to suggest that UKRI – the soon to be established single, strategic body that will bring together the seven Research Councils, Innovate UK and the research and knowledge exchange functions of HEFCE – will be better placed to grasp this nettle, but only time will tell.

How change brought about by co-production might be sustained also presents significant challenges. Rebecca Teers (College of Policing) noted that sustainability is reliant upon having key structures in place. In this regard, Professor Campbell and Chief Superintendent Owen West (West Yorkshire Police) questioned whether partners’ existing structures yet fully reflect an understanding of the levels of time and resource required to effectively implement and sustain change (Chief Superintendent West has since blogged on this matter with specific regards to the police). Meanwhile Dr Nicky Miller (College of Policing) raised the need to consider how co-production outputs might be sustained during periods of ‘downtime’, or after funding had run out. Finally, Charlie Lloyd and Geoff Page (York University and N8 PRP) outlined some of the difficulties in evaluating the impacts of co-production, notably in a context in which various local and national actors and agencies are promoting EBP.

The need to understand the complexities of the relationships/processes and the contexts in which impacts are generated was underscored in workshop discussions variously by Gillian Hunter and Tiggey May (Birkbeck College), Karen Lumsden (Loughborough University) and Andrew Leverton (South Yorkshire Police). That the N8 PRP is confronting these challenges demonstrates the degree of progress that has been made – but they will not be easy to confront. It will be interesting to see how the partnership responds, and in doing so helps shape discussion about implementing and sustaining knowledge and change in the future.

The manipulative presentation techniques of control and coercive offenders: What are they and how ca...
Police and mental health – Not just doing the wrong thing righter
Policing with a purpose: A leadership compass