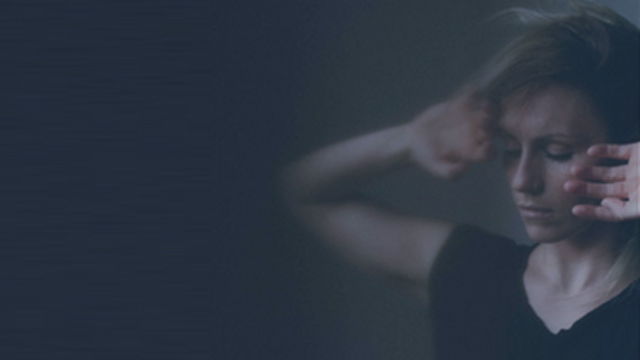 For the last six years myself and colleagues have been researching the Criminal Justice System, victims services, business and industry in the UK, this has been far reaching and included the Police Service and its use of Restorative Justice along with key specialists/professionals responses.

On the 22nd November the use of Restorative Justice and Domestic Abuse hit the media headlines once again, the usual division of opinions from leading charities, specialists and programme deliverers evident.

We understand and recognise not all victims want to leave once violence and/or abuse comes to the attention of Services, in particular the Police, we also recognise Restorative Justice has a positive part to play in some cases of Domestic Abuse. The priority should always be the safety and wellbeing of the victim and family.

Our research and the latest highlighting in the media has raised important questions regarding safeguarding and risk concerns along with possible legal and Human Rights implications. This blog is to explore these concerns and questions, hopefully getting the right conversations flowing.

The questions and concerns …

Can a victim of Domestic Abuse give legal consent for the use of Restorative Justice if they are coercively controlled?

Lets look at the evidence …

What is coercive control?

Note: Abuse and violence are ever present and across the gender spectrum. Recognising men are victims takes nothing away from women, it supports the bigger picture of Domestic Abuse, the “insidious cancer” at the heart of our communities/societies. Quotes used often fail to recognise men/males as victims, for balance please see image below which is especially pertinent to this blog.

“Coercive control is a term developed by Evan Stark to help us understand domestic abuse as more than a “fight”. It is a pattern of behaviour which seeks to take away the victim’s liberty or freedom, to strip away their sense of self. It is not just women’s bodily integrity which is violated but also their human rights.”

Controlling or coercive behaviour can limit victims’ basic human rights, such as their freedom of movement and their independence. This behaviour can be incredibly harmful in an abusive relationship where one person holds more power than the other, even if on the face of it this behaviour might seem playful, innocuous or loving.

“Victims can be frightened of the repercussions of not abiding by someone else’s rules. Often they fear that violence will be used against them, or suffer from extreme psychological and emotional abuse. Being subjected to repeated humiliation, intimidation or subordination can be as harmful as physical abuse, with many victims stating that trauma from psychological abuse had a more lasting impact than physical abuse.”

Exploring deeper and looking at psychological abuse, also referred to as emotional abuse, mental abuse and psychological violence, we see the characteristics that abusers subject and expose their victims to, the coercive control that results in psychological trauma and distress along with other mental health problems including Post Traumatic Stress Disorder. (PTSD)

Psychological Abuse, Coercive Control are infringements of a persons’ Human Rights and have been deemed that destructive, that damaging to a human being that it is a crime to carry out these acts, Section 76 of the Serious Crime Act.

Taking into account all of the above, the mental health implications due to the level of coercion and the actual mind control of the victim by the offender the question is …..

Can a victim provide legal consent for the use of restorative justice?

We know the Police Service are offering and utilising restorative justice to victims of domestic abuse, this claim is substantiated by the securing of victims statements and intel in the form of Freedom of Information requests from Police Forces around the UK. These can be found by clicking here https://www.whatdotheyknow.com/user/safe_cps/requests

We asked a serious of questions, two of these questions pertain to the use of Restorative Justice for Domestic Abuse and violence cases.

Snapsnot of responses from Police Forces

“Please note, GMP only records such crimes as Domestic Abuse (DA), although this also includes the domestic violence offences. This data is based on crimes that have a DA flag attached to the crime.”

“Total number of Domestic Abuse/Violence crimes where Restorative Justice was used for the period 1 January – 31 December 2015.

526 – graded as standard risk on DASH

85 – grades as medium risk on DASH

21 – graded as standard risk on DASH

29 – graded as medicum risk on DASH

57 graded as standard risk on DASH

6 graded as medium risk on DASH

18 graded as standard risk on DASH

4 graded as medium risk on DASH

9 grades as high risk on DASH

“There were 25 crime reports, with a ‘Domestic Abuse’ marker with an outcome of Community Resolution with Restorative Justice. 3 of these did not have a DASH assessment completed due to the nature of the offence.”

17 had a risk category of Standard following the Domestic Abuse, Stalking and Harassment and Honour Based Violence (DASH) Assessment

5 had a risk category of Medium following the DASH Assessment

0 had a risk category of High following the DASH Assessment

Of these crime reports, 13 had offences that came under the HO Grouping Category of Violence

Against the Person. 1 of these did not have a DASH Assessment completed.

8 had a risk category of Standard following the DASH Assessment

4 had a risk category of Medium following the DASH Assessment

0 had a risk category of High following the DASH Assessment

It is clear from our research Restorative Justice is being utilised nationally by the Police Service as an intervention for the crimes of Domestic Abuse and Violence along with those of Stalking and Sexual Violence and whilst we don’t know the individual circumstances of these 2015 cases we do know the IMPACT of Coercive Control …..

Are the Police Service being SAFE? Remember, consent is not absolute, is the victims choice REALLY their own?