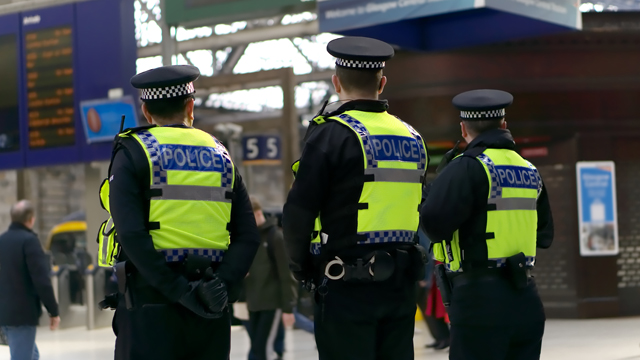 Written by: Ian Marder, Criminologist and PhD student at University of Leeds, studying and lecturing in restorative justice. He is also the founder of the Community of Restorative Researchers, an interdisciplinary, interprofessional research network aimed at enhancing communication and collaboration in this field. 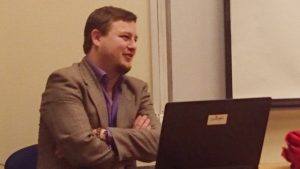 Across England and Wales, restorative justice is rapidly becoming a mainstream response to anti-social behaviour (ASB), neighbourhood disputes and low-level offending. The Ministry of Justice is currently investing around £23m in localised approaches to the coordination and delivery of restorative justice over three years from 2013 to 2016, with a further £6m allotted to the National Offender Management Service and the Youth Justice Board. Some of the £23m pot, which is being distributed to local justice agencies and non-state actors via Police and Crime Commissioners, has found its way to police forces. Subsequently, most police forces now seem to have at least some capacity to deliver what the Association of Chief Police Officers (when it still existed in 2011) referred to as Level 1 and Level 2 restorative justice.

In many areas, restorative justice is now used as a diversion from arrest or court alongside a variety of disposals, though it appears that it is most commonly being used at the level of the Community Resolution. This allows the police to resolve crimes and other incidents quickly and effectively, while both repairing the harm done to the victim and avoiding criminalising the offender.

At least, this is the intention. We actually have very little knowledge of the safety or effectiveness of the police’s implementation and delivery of restorative justice. We can be fairly confident that a variety of restorative and quasi-restorative practices, including letter writing, shuttle mediation, impromptu on-street conferences and formal conferencing, are now widely used.

That being said, we know little of the exact nature of the practices that are taking place in the name of restorative justice. There have been some studies on the police’s use of restorative justice in this jurisdiction (see, for example, Hoyle, et al., 2002; Shewan, 2010; Meadows, et al., 2012; Parker, 2013; Walters, 2014; Stockdale, 2015), but the research has not kept pace with the massive growth in training and delivery in recent years. The fact remains that many police forces which use restorative justice are yet to have their approaches scrutinised by independent researchers.

Take, for example, Cleveland Police, who claim to have used an “RJ outcome” 579 times in the year 2013/14. We do not know from the available information how many of these were Level 1 or Level 2. We do not know how often there was meaningful, two-way communication between victims and offenders, or even how often any sort of communication took place. We do not know what the outcomes were, who determined them, or the extent to which they satisfied the needs and interests of stakeholders. We do not know if any person was pressured into participating, nor it is clear the extent to which these practices adhere to restorative principles. Very few of these data are published by police forces, and much of them are not even being collected.

The existing research on the use of restorative justice by the police provides us both with reasons to be hopeful and reasons to be cautious. The studies referred to above tend to suggest that the police’s use of restorative justice can help to reduce the use of arrests and prosecutions, save police time, satisfy victims and prioritise a problem-solving approach to low-level crime, ASB and neighbourhood conflict. At the same time, concerns remain about the quality and thoroughness of training and monitoring, as well as the ability and inclination of some officers to deliver restorative justice as safely and effectively as others.

While the potential benefits for participants of restorative conferences are increasingly well established (Strang, et al., 2013), there often still appears to be a notable gap between the restorative justice described by academics and the practices delivered by the police in its name (Parker, 2013). The gap between theory and practice in restorative justice has long been observed by researchers (Daly, 2003; Gavrielides, 2007). It is important for a number of reasons, not least because some principles can be seen as procedural safeguards, or are otherwise likely to be linked to its safety and effectiveness (see, for example, McCold and Wachtel, 2002; Shapland, et al., 2011). This is why it is important to conduct research into the extent to which restorative principles are being implemented in practice.

The aim of my own research, funded by the Economic and Social Research Council as part of a studentship, is to identify and analyse the factors which enable or act as a barrier to adherence to restorative principles in the course of delivering diversionary restorative justice. Two sites were selected as case studies, namely the areas policed by Durham and Gloucestershire Constabularies. These seem to be two of the more advanced forces in England and Wales in terms of RJ implementation. Neither force allows its officers to deliver Community Resolutions – having trained all frontline staff in restorative justice at least to Level 1 (and many to Level 2), any disposal they deliver at this level must be restorative in nature, and can therefore only be recorded as such. Both forces are experimenting with the use of restorative justice in professional standards and with different types of crime, and both were found to be committed to sustaining their involvement in restorative justice delivery in the long-term.

During my period of data collection, I collected around 90 policy documents from the two force areas, and conducted 71 interviews with police and volunteers who facilitate diversionary restorative justice, as well as with senior managers and other individuals who make and implement policy at the local level. I am hopeful that this research can join other studies, such as that currently being conducted by the Universities of Leeds and Sheffield on developing restorative principles in policing and improving police engagement with victims, in helping justice agencies to maximise the benefits, and minimise the risks, of their use of restorative justice. As Achutti (2015) noted, the term restorative justice risks encompassing “anything which goes on in a room with restorative justice written on the door”. This would not be good enough for victims and offenders, and academics have a key role to play in ensuring that this does not happen.

If you are interested or involved in restorative justice, please join the Community of Restorative Researchers on social media. We have a Facebook page, a Facebook group and a LinkedIn group. We also have a page on SoundCloud, from which you can download our new podcast series, Restorative Conversations. Finally, you can read our latest publication, Restorative Introductions, on the website of the European Forum for Restorative Justice. This is a collection of short biographies, commentaries and posters which summarise the research, practice, policymaking, activism and other pursuits of some of the many individuals and organisations working in this field.

The rapport conundrum: Can police interviewers be empathic and polite with suspects and elicit inves...
Interviewing sexual offence suspects: The impact of organisational, professional, and personal facto...
Co-production in police research: towards a model of greater inclusivity