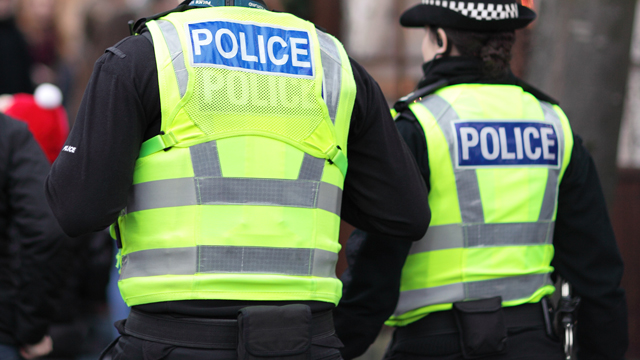 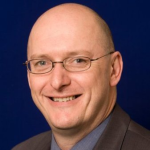 In June 2018 the N8PRP held its annual Knowledge Exchange conference. The theme for this year was child-to-parent violence (CPV), its complexities, recognition as an issue and prevention.

In this blog-post Dr Simon Retford, Detective Superintendent at Greater Manchester Police, gives us an insight into CPV through research undertaken to complete his Professional Doctorate and extensive policing experience.

Within the confines of family violence, domestic abuse has become a widely recognised problem across all sections of society. As a greater understanding of the complexities of such abuse has evolved, so has the responding and support opportunities grown, to better support those involved (Hester, Pearson & Harwin, 2009, pp.110-111). However, one particular area which has avoided extensive academic research, is abuse perpetrated by children against their parents (Jackson, 2003, p.321,). Gaps between parent abuse and domestic abuse research have been reported, particularly where responses to it are concerned, with a suggested ‘policy silence’ for parent abuse (Holt and Retford, 2013, p.2).

Between 2014 and 2015, I conducted a programme of research for my Professional Doctorate in Criminal Justice degree. This research drew on the experiences of practitioners across a range of agencies and boroughs, to explore parent abuse. The research programmes followed a qualitative constructivist paradigm, using semi-structured interviews to identify key themes and collaborative responding opportunities across public and third sector organisations.

Significantly for policing, I discovered there were real opportunities for the police, with regards responding to those suffering such abuse. Those interviewed suggested that well-planned collaborative responding could offer better chances of disrupting such abuse, in a manner that could reduce calls for service, particularly to the police. This also offered better chances of those families affected escaping the vicious circle of familial abuse across generations.

This was the question that I had asked, when first hearing about this problem. I had learned how, in contrast to domestic abuse, there is no ‘official’ definition for parent abuse. Some suggest it is easier to define what parent abuse is not, highlighting it is more sustained and serious than simply being a ‘difficult child’ (Holt, 2013, pp.1-2 a). Condry and Miles, when conducting research into parent abuse in London suggested ‘violent incidents… towards parents and step-parents [including] physical violence, threats of violence and criminal damage’ (Condry & Miles, 2013, p.1). Yet it is important to also consider emotional, financial and psychological abuse, given the extensive reporting of these non-physical factors, which can equally traumatise parents. In her research of 2001, Cottrell considered this when defining such abuse as ‘physical, psychological or financial’ harm, in order to gain control against them (Cottrell, 2001, p.3).

How big is the problem

Agencies, particularly those dealing with either child safeguarding or victim care, see parent abuse in a variety of ways. In a practitioner setting, this results in competing priorities. With agencies working towards different objectives this can present complications for developing ‘joined-up’ responding strategies. A lack of awareness on the parts of practitioners and families can lead to poor responding and low rates of reporting, by parents already fearful of being labelled ‘bad parents’. Many families have further complex issues, involving social deprivation, mental health and substance abuse.

Researchers have recognised the difficulties of gauging the extent of parent abuse, suggesting the ‘hidden nature’ of the problem makes the understanding of it challenging (Gallagher, 2004, p.4). There is wide agreement amongst those researching parent abuse, that by better contextualising it as a problem, then society, and those with responsibility for supporting families, can respond more effectively (Paterson, Luntz, Perlesz and Kidwell, 2002, p.98).

However, in these austere times, a lack of tangible ‘proof’ that there is a problem is likely to hinder the delivery of investment to services. Priority based budgeting allows organisations to allocate resources where they are most needed, based on evidenced priorities (Priority Based Budgeting: Seeing things differently, 2015, paras 1-2). This can pose problems to those wishing to develop responses, where parent abuse cases are not properly defined, reported or understood.

Austerity and the ‘agencies of last resort’

Austerity has presented challenges to most public-sector organisations. The knock-on effects of this has placed additional burden on those ‘agencies of last resort’, namely the police and NHS. Further cutbacks continue to risk undermining existing collaboration, as agencies have no option but to return to a ‘silo’ mentality, thus promising longer-term resilience of their own resources.

It was thus reassuring that, in the face of such pressures, practitioners continue to seek out innovative and collaborative ways to sustain service delivery to those most in need. This was demonstrated only recently, when in June 2018 an N8 PRP conference dealing with violence against parents, by children, drew many practitioners and researchers from across the country to seek out knowledge and opportunities to improve responding.

Across those interviewed, the developing of holistic multi-agency responding was seen as essential in supporting families and delivering ‘joined up’ activity. Therefore, the importance of developing such ‘integrated’ responses incorporating a range of collaborative processes cannot be understated (Routt & Anderson, 2011, p.15). This was the case in my own research where small but committed teams of practitioners worked closely with families prepared to engage, delivering intensive support to develop mutual respect, understanding and agreed ‘terms and conditions’ within homes.

At a strategic level, the importance of supportive managers, developing collaborative strategic plans was seen as essential. Training front-line practitioners generates greater awareness of the problem and leads to effective sign-posting of support by agencies which are prepared to acknowledge the problem. In 2015 a Home Office published guide offered agencies basic, but important information on this problem (Home Office Information Guide: Adolescent to parent violence and abuse).

An increasing number of police forces are now beginning to see the benefits of developing joined-up responding to parent abuse. Effective support of families has stemmed the cyclical violent relationships that have spanned generations, thus delivering longer-term resource savings. Short-term savings have resulted through reduced calls for service. Therefore, I believe that police forces stand to significantly benefit from such collaborative activity, seeing tangible reductions in demand, whilst investing specialist resourcing into multi-agency teams.

As I have spoken at many parent abuse conferences, it is reassuring that audiences continue to grow, with strong representation from local authorities, safeguarding teams and police forces. The presence of academic colleagues, leading research in this field also offers important support to agencies. When considering the benefits of academic researchers and practitioners working together to tackle complex and emerging issues, I believe the responding to parent abuse has been a case in point. At each and every milestone, leading academics from a range of countries, institutions and doctrines have been involved, working with organisations prepared to engage and listen, shaping thinking and themselves collaboratively developing evidence and research-based solutions