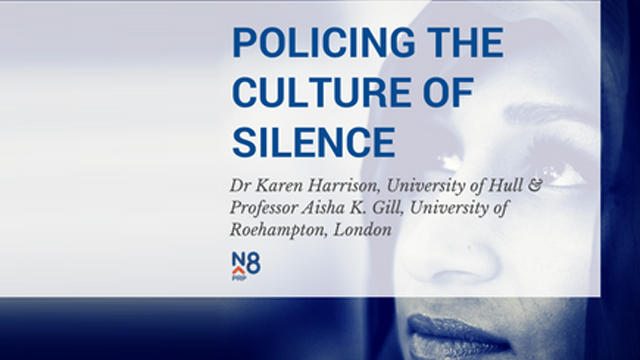 Policing the culture of silence

Based on empirical data collected between May 2013 and June 2105, this blog explores how four British police force areas currently respond to sexual abuse incidents where the victim is a member of the British South Asian community. Limited by space, we briefly explain why British South Asian women do not report sexual abuse to the police, consider current police practice and, importantly, explore what more could be done by the police and local communities to encourage increased reporting and better protection of women.

The research began with four focus groups with British South Asian women and later augmented through interviews with 13 British South Asian victims of sexual abuse, 13 non-governmental agencies (NGO) working with survivors of sexual abuse (Harrison and Gill, 2017) and 13 other professionals from criminal justice agencies and government departments. Data related to police practice were collected through interviews with nine police officers. These officers came from four police areas, all of which have relatively high South Asian populations. To supplement these responses, one Chief Prosecutor, one senior civil servant (with responsibility for protecting vulnerable adults and children) and a policy officer were also interviewed. We openly acknowledge that this is a small scoping study which cannot be considered to fully represent the views of the police in general. We do, however, hope that it will encourage thought and reflection on this important topic.

The underreporting of sexual abuse in British South Asian communities

As part of the focus group sessions, the participants were asked whether they thought women from their communities would report sexual abuse either to family, friends or the police. Most of the women said ‘no’, especially with reference to the police. The validity of this opinion was also supported by the answers received from the 13 interviewed victims. While most of the victims (12/13) had reported their abuse to either family or friends, only two had involved the police. The police confirmed this unwillingness to report. The officers commented that there had always been ‘underreporting from the South Asian community’, that they did not ‘think a lot of people come forward from South Asian communities’, and that sexual abuse from those communities was ‘massively underreported’. This belief was also shared by other officers who spoke of ‘less referrals from the South Asian community’ with one officer describing the reporting of sexual abuse within the British South Asian community as a ‘blind spot’.

For most police areas, while there was no distinct provision for South Asian women at the initial call stage, this situation changed as the case progressed. For example, all four police areas would try to secure a female officer if one was asked for, and some areas were even able to provide a British South Asian female officer. All areas had access to a national translation line if language was an issue, but all officers acknowledged that using this service was not ideal. Specialist refuge facilities were also available in each area. Many of the officers also showed a good level of cultural understanding in terms of the ongoing risks that some of these women might be subject to. It was understood, for example, that most of the reported offences were domestic in nature and that there could be risks to the victim, including the potential for further violence and honour-based violence (HBV). Consequently, officers had to be mindful of the home environment and continually assess such risks. For example, in one area, when interviewing the complainant, officers would always ensure that the suspect’s family were not present.

Speaking to the officers involved in the research revealed that there had been some recent improvements in terms of how they dealt with British South Asian women. One officer, for example, explained that their unit was now made up of 65% women, a situation which would previously have been unheard of. One officer spoke about improved relationships with NGOs and that these were helping to increase referrals, while another explained how their area was using Twitter to break down barriers between the police and British South Asian communities. This area was using Twitter to inform its residents about exactly what they could expect if they made a sexual abuse complaint and also who the police officers were in terms of gender and ethnicity. Another force was actively working with mosques and British South Asian communities to promote the view that not only was sexual abuse unacceptable but also that the police would listen to and believe victims.

Perhaps the main area of concern unearthed by the research was the lack of training police officers currently receive in terms of understanding the cultural issues affecting British South Asian women. For instance, only one of the four policing areas had a sound training process in place. Although all of the interviewed officers displayed a good level of cultural understanding, this appeared to come from personal endeavours rather than being the outcome of a force or national edict. In fact, one of the officers confirmed that: ‘it’s down to individual officers . . . Some might understand the concepts better than others’. Most officers thought that specific training was essential: ‘I think that’s the bit that we miss . . . You get a little bit [in diversity training] but you won’t get a great deal’. Another accepted that ‘we probably do need to invest more for that [good] level of understanding’, arguing that enhanced training would also allow for a greater ‘understanding of risk and the issues that they face’.

The impetus for cultural training in the police area which had a process in place had again come from personal officer endeavour. One officer explained the amount of reading and research they had undertaken, while another pointed to knowledge gained from being practically involved with the issues. To disseminate this knowledge across their area the officer arranged for an NGO which supports British South Asian victims to speak to their colleagues to fully explain the concepts of honour, shame and HBV, key issues in British South Asian culture. This information was then replicated internally and provided to all front-line officers. One officer explained that it was impossible to work with British South Asian women unless such issues were understood. Another stated: ‘At the end of the day, if they’re brave enough to come to us, then we’ve got to step up to the mark and make sure they’re kept safe’.

The most important change we suggest focuses on education and awareness-raising. Effecting change must include educating those living within British South Asian communities and encompass not only potential offenders but also those faith groups and community representatives that hold power. Education programmes must, therefore, be used to dispel the shame associated with reporting crimes of sexual abuse. It is also imperative that women are educated in terms of what is and is not acceptable in interpersonal relationships. Additionally, women in this community need to be made aware of the level of service and support they can expect from the police.

A national police training programme is also required to ensure that all officers, including first-response officers, are equipped with more than a basic level of understanding regarding South Asian culture. This cultural education should provide not only preliminary diversity training, but also form part of continuing professional development. We acknowledge that enhancing police cultural diversity training has often been seen as the answer to policing Black and minority ethnic (BME) communities, especially following the Macpherson Report (1999). Cashmore (2002), however, is sceptical of such a policy, arguing that it is regarded by many BME police officers as window dressing. Others have also shared this view, stating that increased training has done little to improve relationships with BME communities or improve sexual abuse reporting rates. To avoid such window dressing, we, therefore, suggest that any training should be delivered by or in conjunction with specialist NGOs who can ensure cultural relevance and quality. Rather than reinventing the wheel, a template of the process already in existence, as described above, should be rolled out nationally along with exemplary instances of appropriate and helpful policing which are updated on a continuing basis. This approach would, as argued by Cashmore (2009, p. 340), ensure that ‘models of desirable policing [are situated] in actual working practices rather than the classroom’.

Another suggestion is to encourage police forces, NGOs, religious organisations, community representatives, schools, local authorities and health to work together. Such collaboration advances Macpherson’s (1999) suggestion of community consultation, as it involves integration and cohesiveness rather than just consultation. One officer suggested this partnering could be achieved through the use of multi-agency community forums where interested parties would come together to discuss issues that currently protect perpetrators and prevent women from reporting sexual abuse. To be successful, the forums’ aims would need to be outcome-focused, rather than simply an exercise in ‘box ticking’. For multi-agency cooperation to succeed, those with influence amongst the community would need to be involved and both men and women would need to be included. Furthermore, participants would need to have the appetite and energy to effect real change. The key to meaningful change, therefore, lies in the continuous and committed engagement of all participants. Forums such as these could collectively deliver education programmes and religious sermons, produce relevant literature and establish advocacy networks.

Conclusions and next steps

Overall, some positive changes have recently occurred in terms of dealing with sexual abuse victims/survivors from British South Asian communities, as instanced by an increase in female and BME officers and the personal endeavours of some committed personnel. Although this improvement is commendable, more needs to be done. Future policy needs to focus on improving cultural and linguistic understanding across the entire force, as we believe greater insight will more effectively help to pinpoint and tackle the reasons behind British South Asian women’s culture of silence. Progress could also be achieved through the sharing of exemplary working practices and through the use of community multi-agency forums. Involvement in such an endeavour may also help the police to enhance working relationships and build up trust with the British South Asian communities and its residents. In implementing all of the above, the protection of women must be the key driver. Anything that can be done to increase the protection of those who have been abused or who are at risk of abuse must be considered worthwhile and, as such, it is our hope that the results of this study may act as a catalyst for such change. 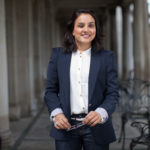 Professor Aisha Gill is a Senior Lecturer in Criminology at Roehampton University. Contact 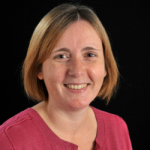 Dr Karen Harrison is a Senior Lecturer in the School of Law at the University of Hull. Contact