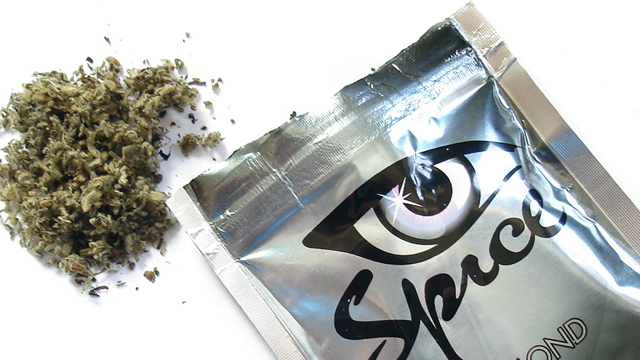 Spice and police custody: there must be a better way

A string of shocking videos showing users of the drug “spice” in frozen and catatonic states on Britain’s streets and in prisons have sparked a national debate about how to deal with the substance and its users. But these disturbing images are just a snapshot. The true cost is yet to be counted and it is frontline police staff who are bearing the brunt at a time when they are least prepared to face such a worrying phenomena.

Reports from Greater Manchester Police highlight the impact that this synthetic cannabinoid is having on public services. As part of Operation Mandera (the police crackdown on the supply of the drug), 58 spice-related incidents were recorded as taking place in Manchester city centre over one weekend. The police operation resulted in various actions: eight people were arrested and taken to police custody, a further 23 were taken to A&E and a 48-hour dispersal order was imposed with 18 people directed to leave the city centre.

While policing tactics were primarily aimed at the dealers and distributors of the drug there is no question that users of spice were also arrested and it could be argued that once they are under its influence they are particularly vulnerable. The effects of these substances can result in displays of extreme and worrying behaviour. A Manchester Evening News special report on the effect of spice on the city described users as “zombies”. Yet labelling users of spice in this way is unhelpful and misdirects attention away both from the fundamental long-term issues of appropriate support, care, and prevention and the short-term issues of how best to treat, care and/or contain someone whose behaviour is causing them to present a danger to themselves or others. The problem is not just confined to Manchester. There have been similar reports all over the country.

Our research at Newcastle University explored the impact that new psychoactive substances (NPS), including synthetic cannabinoids such as spice, had on a busy city-centre police custody suite in the north-east of England. Speaking to detention officers about their experiences, we found that spice users were considered high risk due to the unpredictability of their behaviour, potential poly drug use and the unknown effect these substances may have on their physical and mental health. NPS users also took part in our study and gave us an insight into their motivations for using (homelessness, mental health problems, poverty, experimentation) and what they saw as their addictive potential, describing the pain of trying to withdraw from certain kinds of NPS as being similar to heroin.

‘You don’t know who you’re getting’

The custody environment and the role of police staff working within it is unlike any other. Staff are challenged to handle some of the most volatile, vulnerable and demanding members of society while administering their duties. Unlike other police positions their the key role of custody officers is the welfare of those in their care as they either enter into the criminal justice system or are released back into the community. Staff in the custody suite described to us the additional stress and strain they faced when dealing with people who they believed had taken these substances. One officer said:

It seems that every night shift we do, there’s an ambulance called. It’s the fear that we don’t know what they’ve taken … And then they start exhibiting, crying one minute, very aggressive the next. You don’t know who you’re getting.

Staff spoke of the difficulties in providing a good quality of care to people when the effect of the substance was relatively unknown. Users require a high level of monitoring and checks, thereby placing a large demand on resources when in custody.

A critical question is whether custody is the right place for users still experiencing the effects of spice. Staff described those in their care as often having severe hallucinations or as exhibiting behaviour similar to that of “excited delirium” whereby detainees could be incredibly strong, exhibiting aggressive behaviour, trying to fight staff and often requiring restraint. Police staff were limited in how they could care for users, beyond constant monitoring and offering reassurance.

Staff within the custody suite are not medically trained beyond being able to administer first aid. Further medical support, including having a qualified nurse permanently based within the custody suite 24/7, was viewed as a critical resource. Yet custody nurses are only in place across some police forces in England and Wales and are subject to local funding arrangements. Equally hospitals are not necessarily the right place for spice users: while paramedics and A&E staff are able to provide the medical care potentially needed they require further resources to handle and restrain users acting in dangerous and erratic ways.

Caring for people when they have taken any substance can be a challenge. As police custody staff become more used to the behaviours exhibited by spice users and the novel aspect fades they are able to build a knowledge bank of experience in how to provide care and offer support. Yet to properly address the needs of NPS users and relieve some of the pressure on police resources, there needs to be appropriate strategic care pathways put in place.

The crackdown by Greater Manchester Police may have provided some form of temporary respite for the city centre with spice users removed from public view but the situation is complex and further holistic multi-agency approaches are needed to provide users with the care and support they need. With cuts to support for substance users and homeless populations frontline services are left dealing with the immediate problem of caring for and containing users and their complex behaviours.

This article was originally published on The Conversation. Read the original article.

The rapport conundrum: Can police interviewers be empathic and polite with suspects and elicit inves...
Investigating the impact of data analytics and data science on policing
Developments in Policing Domestic Abuse: Welcome Changes, Gaps Remain