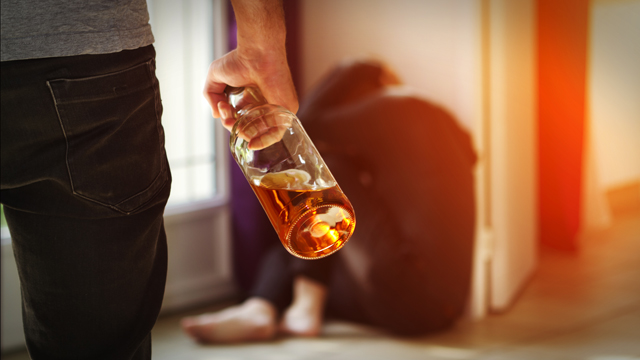 Which drinking practices are associated with violent behaviour?

The association between alcohol and violence

Due to its association with violent outcomes, heavy episodic or ‘binge’ drinking remains a concern in the fields of public health and criminal justice. In wider discourse and policy responses ‘binge’ drinking has focused on younger populations given their frequent and often public displays of drunkenness. However, young drinkers are not a homogenous group and the concept of ‘binge drinking’ overlooks the complexity and heterogeneity of their alcohol use. Indeed, many scholars have called for a move away from such broad classifications such as they mask heterogeneity in young people’s drinking and thus limit our understanding of young people’s drinking patterns as well as how alcohol drinking is associated with violent outcomes.

As alcohol consumption contributes to violence in some people under particular circumstances, incorporating the context into the identification of subpopulations of drinkers is central to developing a more nuanced understanding of young people’s drinking behaviour and how different types of drinking practices are associated with different outcomes. This offers opportunities for more effective targeting of public health and crime prevention interventions and developing effective policy to reduce alcohol related harm.

A new study utilised a range of alcohol consumption and contextual indicators from a general population sample of 16-29 year olds from England and Wales to: 1) identify typologies of drinking to describe heterogeneity in drinking practices amongst young people; 2) assess the validity of the typologies based on sex, age and socio-economic status; and 3) to examine the relationship between drinking typologies and violent assault outcomes.

Employing data from the 2006 Offending Crime and Justice Survey, three measures of alcohol consumption and nine drinking context indicators were utilised within latent class analysis to create typologies of drinking practices amongst current drinkers in England and Wales (n=2,711) and examine their association with violent outcomes. Contextual indicators included measures referring to drinking companions and locations in which the respondent usually consumed alcohol. Whilst latent class analysis is growing in popularity in criminology, it has not been employed to identify recreational drinking practices so that their association with violent behavioural outcomes can be explored. This is surprising given that research routinely points to an association between heavy episodic or ‘binge’ drinking patterns and violence.

Results distinguished three classes of young adult drinkers. One class comprised a group of ‘moderate drinkers’ (20%) with a low risk of perpetrating assault offences; consistent with evidence showing that it there is less risk of harm when levels and regularity of drinking are low. The distinction between the remaining two classes was discernible in the variety of drinking locations and companions. One of these was characterised by drinking frequently and predominantly with friends in pubs (‘regular pub binge drinkers’, 32%), whereas the other class also drank frequently but across a wider range of settings with a wider range of people (‘regular social drinkers’, 48%). The former was associated with a higher probability of violent behaviour in the form of assault offences, intuitively pointing to the assortative nature of drinking and establishments and potentially high levels of alcohol consumed in the pub setting, which can be particularly problematic. The finding that ‘regular social drinkers’ had a lower propensity for violence suggests a protective effect of drinking less frequently and doing so with your partner, work mates, or at family gatherings. This supports the notion that drinking behaviour is tailored and moderated to the setting in which alcohol is consumed. 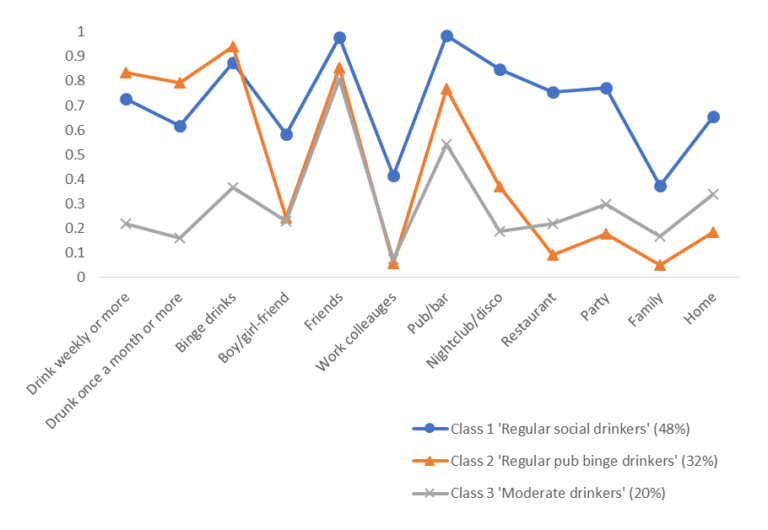 The findings suggest that attempts to ameliorate alcohol related violence ought to be context- and peer group specific rather than just focusing on drinking the frequency and/or amount consumed. Indeed, given that those favouring drinking heavily in pub settings are disproportionately associated with perpetrating assault, the findings offer support for three of the strategies for preventing alcohol-related harm as outlined by Barbor (2010). Specifically, modifications to alcohol pricing and taxation, pub trading hours and clustering of licensed premises, as well as enforcement of legal requirements on licensed premises (such as not serving drunk patrons) and effective training in responsible service and managing or preventing aggression for bar staff. 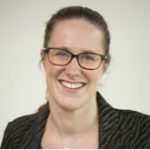 Dr Carly Lightowlers is a Senior Lecturer in the Department of Sociology, Social Policy and Criminology, University of Liverpool.

N8 PRP's new project manager, Helen Gordon-Smith, on the year so far and what's ahead
Police use of body-worn cameras and the prosecution of domestic abuse: policy, practice and research
Possibilities for organisational learning and culture change through policing partnerships in safegu...