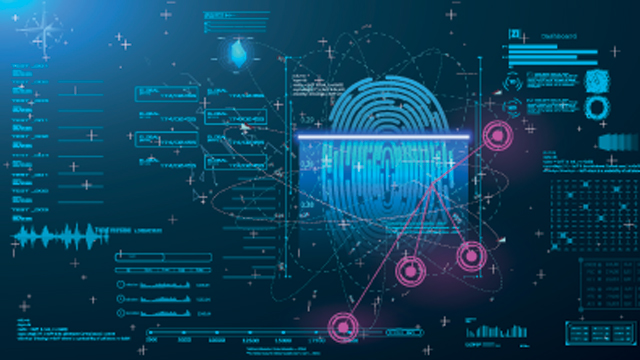 Official statistics on crime in England and Wales have been collated and published for over 100 years. Many aspects of these statistics have changed over this time, to adapt to the changing nature of crime and a growing demand for more detailed data. One constant feature of the official figures though, is that all types of offence are counted equally. A murder is a single crime, as is a burglary, as is an offence of cannabis possession.

For most users of crime statistics, and for members of the public consuming media reports on the latest crime rates, this approach is simple and easy to understand. The fact that there were nearly 5 million crimes recorded by the police in England and Wales in the year to March 2017 is a fairly straightforward concept. For those who merely want to know how the volume of crime dealt with by the police has changed over time, aggregate counts provide a simple measure. Thus the number of crimes recorded by the police will continue to be a headline measure in the official crime statistics.

However, where simple recorded crime counts are more limited is in aiding understanding of the impact of crime on victims and on society more generally (often referred to in terms of ‘harm’), and the demands placed on the police as a result of crime. In this context, it is very clear that not all crimes are equal. The police resource requirements are generally greater for offences that are more serious. In response to a growing demand for an alternative way of measuring crime statistics, and guided by the National Statistician’s Crime Statistics Advisory Committee, we embarked on a project to develop a new recorded crime measure, to supplement existing measures, that would take into account the severity of the offence.

This is not a new idea, as many of you involved in policing or policing research will be aware. Indeed similar approaches were discussed in academic journals over 40 years ago. More recently, the Crime Harm Index (CHI) has been developed at the University of Cambridge by Professor Lawrence Sherman and his colleagues, which is already being used as an analytical tool in some forces. Examples of similar approaches to measuring crime are also in use overseas; in Canada (they call their version a Crime Severity Index), and in New Zealand (the Justice Sector Seriousness Score). In developing our own measure, which ONS have called the Crime Severity Score, we have drawn on methods used in all of these examples, and in some areas we have built on them. An article presenting the first data from the proposed new measure and setting out the methods used was published in November last year.

An objective measure of crime severity

So how does this proposed measure differ from conventional approaches to measuring crime? The basic principle involves each offence being weighted according to its severity; with the most severe crime being given the highest weight. Similar to other approaches, the Crime Severity Score uses sentencing information to provide an objective measure of severity. Alternative measures, like costs of crime or public perceptions of offence severity were considered, but there are only limited data available in these areas. Using Ministry of Justice data on average sentence length we have been able to calculate a weight for each individual category of police recorded crime. These weights can then be used to translate a recorded crime dataset into a Crime Severity Score by multiplying the number of offences in each crime category by the relevant weight and taking into account the population of the area.

Why is severity important?

How will a weighted crime severity measure help build understanding of crime trends and patterns? Comparing trends for England and Wales as a whole, the conventional crime rate and the Crime Severity Score show a similar picture; a declining trend in recorded crime over the last decade, followed by increases in recent years which are thought to have been driven by improvements in crime recording. However, we feel the value of this new approach becomes more evident at the lower geographic level, where the Crime Severity Score can often help to illustrate variations in crime profile. It’s likely that the real added value of the Crime Severity Score will be as a tool for crime analysts in forces and other agencies. We hope that by making the full dataset available, analysts will be able to make use of the Crime Severity Score and explore how it might be used to build a fuller understanding of local crime patterns. As well as helping identify areas of high harm, the Severity Score could also be used to give insights into which victims of crime experience the highest harm, and which offenders are responsible for causing most harm.

What next? How to get involved

The data released so far represent the first phase of development. We hope that the Crime Severity Score will provide a valuable resource for analysts to use alongside the existing statistics, and promote a standardised approach across forces. Based on feedback received so far, we have been working on refining the methodology and adding some new features to the accompanying data tool. From October 2017 onwards we will be publishing an updated version of the severity score dataset each quarter, incorporating the most up-to-date official recorded crime data.

If you have any questions about the Crime Severity Score or would like to discuss how it might be applied we would love to hear from you. Please email the team at crimestatistics@ons.gsi.gov.uk.