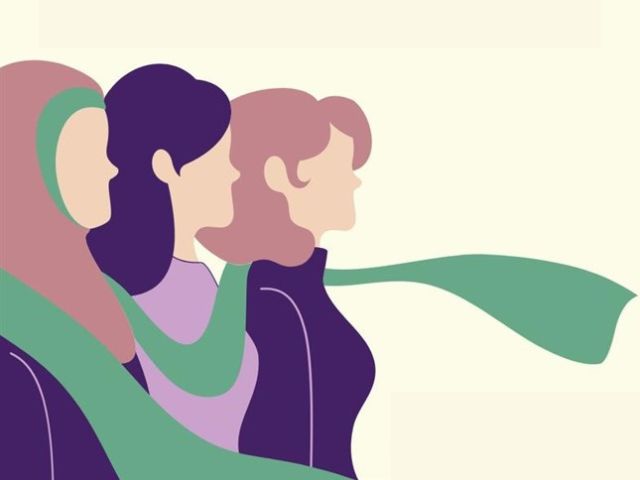 Maisie Watling and Olivia Wooley discuss their 12 month internship with West Yorkshire Police on ‘Communications with ‘Hard to Reach’ Groups’, the recent webinar, and their impact.

On Tuesday 26 July, we presented key findings from our year-long internship within the Corporate Communications team at West Yorkshire Police to media and communications industry professionals from across the country.

During the year, there was a huge national focus on trying to eliminate violence against women and girls and attitudes that surround this through communication methods. The government released a national strategy in 2021 and West Yorkshire Police worked in alignment with this. This had an impact on the work in which we were involved.

During our internship, we replaced victim-blaming content with material that informs, empowers, and reassures, resulting in the Corporate Communications Department committing to becoming an ‘anti-victim blaming force’. We consulted with Women’s Lives Leeds, building the Force’s a relationship with a valuable stakeholder group and broadening the appeal of WYP’s public-facing VAWG statement. We also successfully increased social media engagement with a new coercive control information campaign, replacing off-putting stock photography and generic messages with appealing graphic designs and specific, relatable examples. 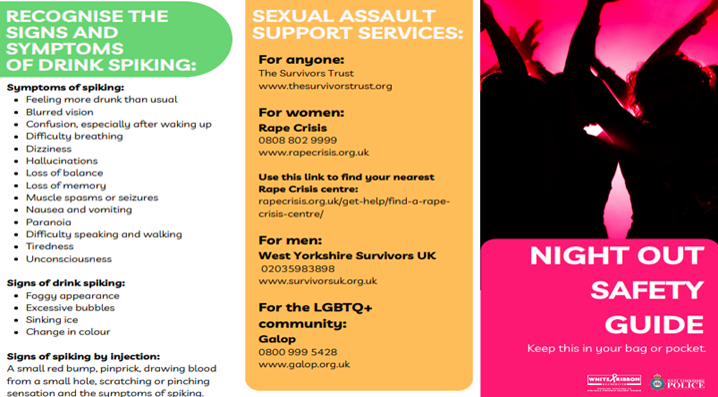 Due to this shift in priorities, we lost some of the focus on communicating with people from ethnic minority backgrounds. However, the internship still addressed reaching ‘hard-to-reach’ groups, as victims and survivors are unlikely to report or to press charges, the changes we made introduce ways of working that improve engagement with younger people, and the principles of anti-victim blaming, consultation, and appealing visuals can be applied to improving communications with all groups. 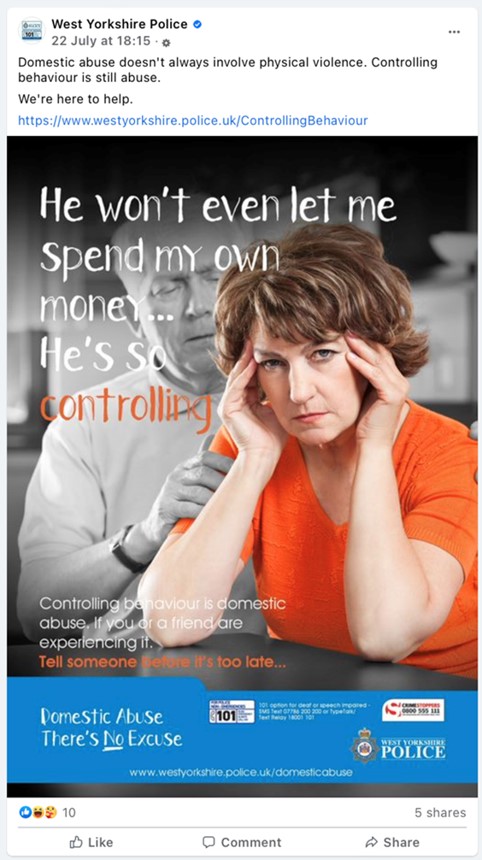 An attendee raised the Child Sexual Exploitation (CSE) information campaign for pre-adolescent children that we had run on Instagram. The campaign had seen fairly low engagement, and the attendee asked if direct communications with children on this issue was the right approach, rather than working through adults in safeguarding roles like teachers. We agreed this was a consideration, but thought there was an argument in favour of a ‘whole society’ approach to informing children.

We also discussed the being specific about audiences, especially with ‘hard to reach’ groups. From our experience, at the start of our internship we’d worked with WYP’s Community Engagement Officer and where given the task of considering a very specific group to consider, so we looked at communications with female refugees and asylum-seekers in Bradford. However, as this group had already been identified by WYP there had already been significant work in developing relationships with community groups and appropriate communication material, so there wasn’t much we could add. This suggests that where there isn’t a strong sense in-force of who comprises a specific group, that’s where development work should focus. 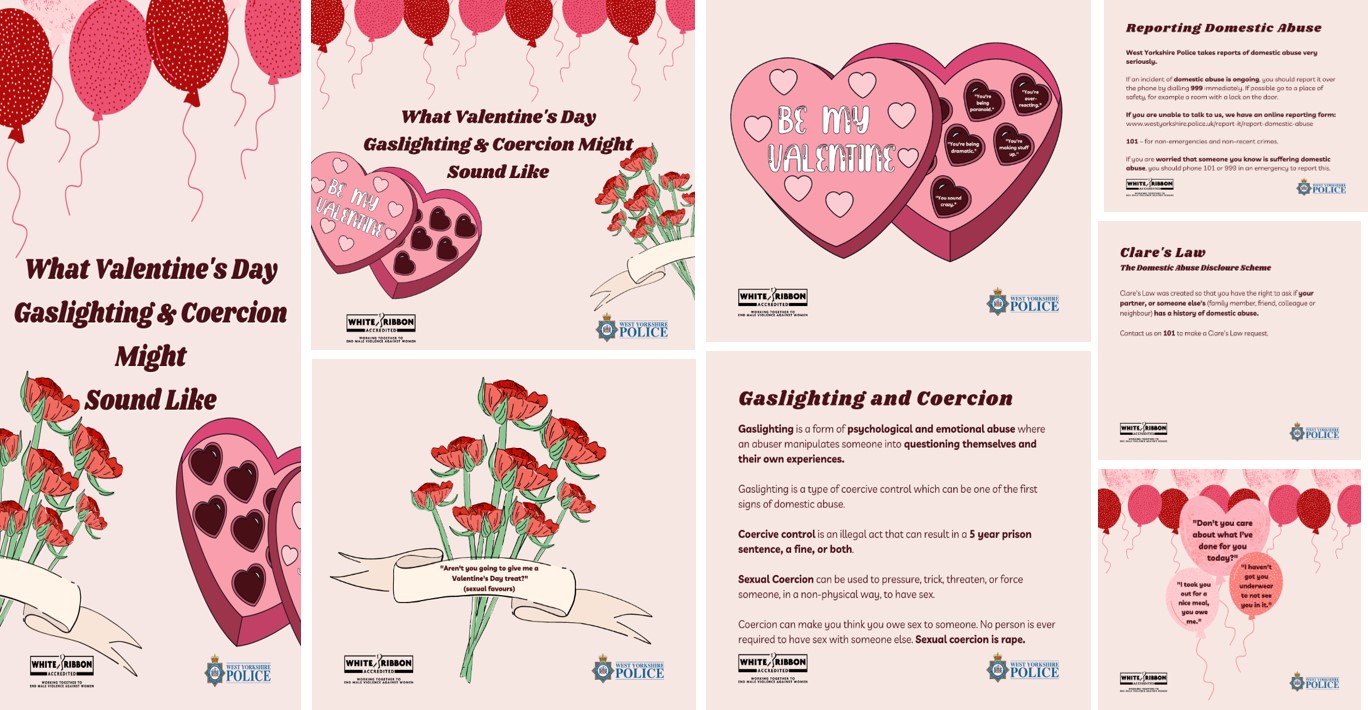 We were asked if and how we changed our messaging for different social media platforms. In our experience, Twitter is effective for social concerns, so anything that explicitly addresses race and gender and has a message of social action. This tends to appeal to younger, politically engaged people. In comparison, more general harm reduction campaigns got very little engagement on Twitter, but did gain traction on Facebook, which has older active users.

For Instagram, there are more users under 20 and effective messaging in more similar to that used on Twitter even though the platform isn’t as focused on political conversation. However there has been a big move to Tik Tok. Lancashire Police has a Tik Tok account which we’d like to emulate, but they have 3 contact officers monitoring it 24/7 so currently the resource isn’t available.

Finally, we discussed the possibilities and obstacles of evaluating the effectiveness of police communication campaigns, and it was suggested that this might be a valuable area for future research.

Reflecting on the experience 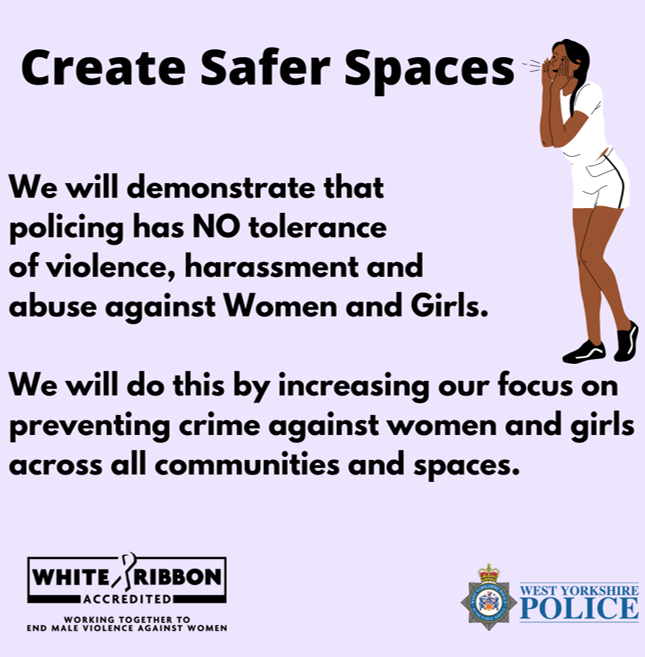 Throughout the internship, we have felt like an integral part of the Corporate Communications Team. Our opinions were routinely invited, considered, and acted upon. From a professional development point of view, this internship has given us a vast experience of working collaboratively in the setting of a Corporate Public Sector environment. From a project point of view, the openness of the team at WYP enabled us to make significant changes that we hope will lead to better support and empowerment of ‘hard-to-reach’ groups.

Maisie Watling is going to continue her employment at West Yorkshire Police, having secured a permanent role as a Communications Officer. Olivia will be applying this experience to her return to her third-year studies at the University of Leeds to complete her BA Media and Communications degree. 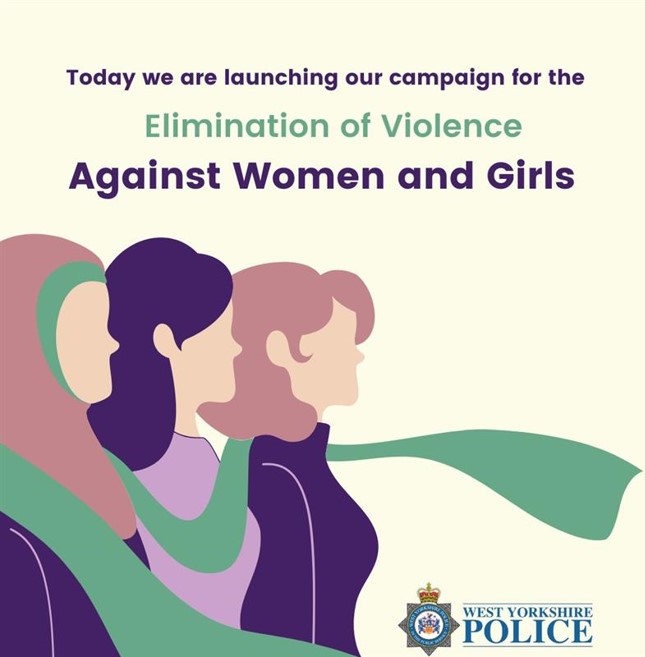 Our work was acknowledged and praised by Senior Leaders within the force as well as the Chief Officer Team. As a testament to this, West Yorkshire Police have secured the funding for another year-long internship for two year in industry students for 2022-2023 and hope that this is something they can continue annually.

Which drinking practices are associated with violent behaviour?
Knowledge co-production and the policing of football crowd violence.
Markets in policing: Conference review