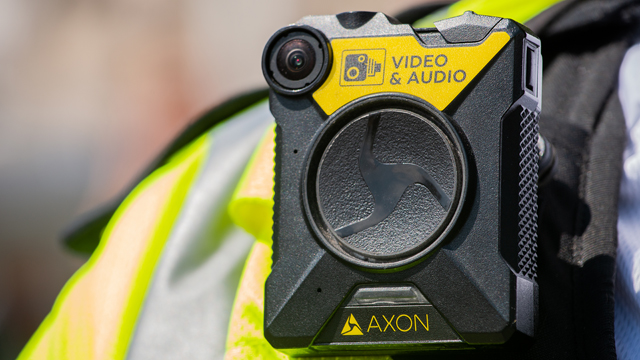 Police use of body-worn cameras and the prosecution of domestic abuse: policy, practice and research 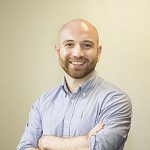 The N8 Policing Research Partnership recently supported a conference at the University of Leeds which explored ‘Police use of Body-Worn Cameras and the prosecution of domestic abuse: policy, practice and research’.

In this blog-post Daniel Pugh, PhD candidate at Leeds University Business School, identifies some of the key messages to emerge during the proceedings of the conference.

Over the last few years the use of Body Worn Cameras (BWCs) by police officers has become an important part of police responses to domestic abuse. Video footage of the interactions between attending police, the alleged perpetrator and victim offers the potential to capture important evidence from the scene of an incident. As a consequence, video evidence recorded by BWCs has helped the successful prosecution of domestic abuse cases, even in the absence of victim cooperation and support.

Against this background, the Centre for Criminal Justice Studies at Leeds University recently hosted an N8 Policing Research Partnership (N8PRP) funded conference to explore research, policy and practice on the role of BWCs in the policing and prosecution of domestic abuse. The conference aimed to showcase research findings from a recent N8PRP funded study, but also to provide a platform to bring together practitioners and scholars to identify, learn and disseminate best practice. Over 55 delegates attended the conference, drawn from the private sector, the public services and academic institutions.

It was apparent from the day’s opening proceedings that there has been dramatic growth in police use of BWCs over the last few years. Stuart Lister (University of Leeds) and Tim Coombe (Avon and Somerset) both observed that the deployment of almost 80,000 cameras across forces nationwide has been supported by investment of over £20 million, with every force now deploying (or currently commissioning) BWCs. This funding had been underpinned by an array of benefits linked to BWCs, including more robust police accountability, increased officer safety and enhanced evidence gathering for prosecution.

A key focus of the deployment of BWCs is domestic abuse. As Andy Myhill (College of Policing) described, over the last three decades police responses to domestic abuse have shifted markedly to become more consistent and much more focused on taking ‘positive action’ against assailants and supporting victims and witnesses. The new vista of digital evidence provided by BWCs was described as a significant development in the continued effort to enhance police responses, in dealing with incidents, in charging suspects and in prosecuting defendants, particularly for instance in its capability to support ‘victimless prosecutions’.

Whilst most forces have deployed BWCs in the last couple of years or so, others such as Northamptonshire have been innovating with BWCs for over a decade. Richard Cheshire outlined the force’s ‘journey’ of experimenting with BWCs and the crucial role that around 50 ‘champions’ of BWCs had played in their effective roll-out across the force. An important and on-going aspect of the implementation process was tracing, understanding and responding to the many challenges and opportunities brought by the technology and its on-going development. He reflected that ‘handing the devices to officers’ is the easy part of effective deployment, but key challenges lay in generating institutional knowledge through use, learning and feedback. In this, much benefit had been gained by the force fostering a culture of trust and flexibility in order to learn, feedback and progress.

Darren Norgate (West Yorkshire Police) also reflected on the many challenges raised by his force’s sizeable and recent ‘BWC programme’. He emphasised that efforts to deploy BWCs will be most successful when they are based on both an understanding of the technical aspects of BWCs, and how police work is performed. What is clear is that if new technology is to be successful then it should be built on an understanding of how practical police work is accomplished. He too acknowledged that some officers may have a degree of ‘cultural resistance’ to the cameras, but that communicating to them the personal benefits of cameras could help to address many concerns.

A recurring theme of the day was that BWCs generated benefits both in the immediate response to incidents and post-incident (e.g. during follow-on enquiries). Dan St Quintin (Cumbria Constabulary) highlighted the sense of security that individual officers gained from BWCs when working ‘sole-crewed’ and operating across large and rural geographic areas. Stuart Lister reported that his study had found that officers gained reassurance from the cameras at incidents of domestic abuse, but also they helped to ‘keep them out of trouble’ should a complaint be made against them. Further, he also emphasised how the recorded footage could help officers to justify to others the decisions they had made when dealing with incidents.

The capability of BWCs to secure impactful evidence meant that in situations where individuals suffer continual crisis and repeat domestic abuse, officers were now more able to ‘get it right the first time’. This was seen as particularly valuable in light of the research conducted by Katy Barrow-Grint (Thames Valley Police), which found high rates of victim retraction particularly in the first 5-8 days after an incident. Despite significant efforts to enhance support for victims of domestic abuse, some victims remain unwilling to participate in formal investigation or prosecution processes. Victims often have concerns for their partners or are afraid of possible implications they might face by attending court. The recognition that footage from BWCs allows prosecutors to show juries the immediate aftermath of a domestic abuse incident, highlighted how far responses to domestic abuse have come. However, the use of BWCs was not seen to be without its challenges.

Louise Ellison (University of Leeds) gave a thought provoking presentation on the evidential rules surrounding ‘victimless’ or ‘victim unsupported’ prosecutions. In her view there are limitations attached to the evidentiary use of the res gestae doctrine as a route for allowing the admissibility of BWCs’ footage. She also highlighted the potential unintended and negative consequences of ‘victimless’ prosecutions, suggesting that they have clear implications for the principal of ‘victim autonomy’. The victim’s decision to withdraw from formal processes can be informed by their personal economic circumstances, child welfare concerns and even threats from the accused. This highlights the potential conflict between the victim’s wishes and those of the state; but it underscores the necessity of criminal justice processes being informed by a ‘victim-centric approach’.

An important aspect of discussions throughout the day was the recognition that BWCs are not necessarily a panacea to the challenges of prosecuting offenses linked to domestic abuse. Darren Norgate, for instance, highlighted that BWCs is a tool amongst other tools, suggesting that they should not be seen as a replacement for a comprehensive investigation. There were also questions raised about the plethora of organisational and partnership processes required to ensure evidence is secured and used appropriately in court proceedings. Further, there is much potential for technical failure and or human error. As Richard Hipkins (West Yorkshire Police) suggested, there is a sizeable policy challenge to ensure that officers comply with the various processes entailed by the deployment of the cameras.

The event clearly illustrated how far police and prosecutorial responses to incidents of domestic abuse have come, not just over recent years, but in the last three decades. It was apt then that in the last session of the day Mike Rowe and Pam Davies (Northumbria University) discussed the findings of their N8PRP funded study, which explored the characteristics of innovative and successful ‘domestic abuse projects’. Sam Lewis (University of Leeds) then closed the day by sketching a framework for producing effective evidence for policing. She emphasised how both practitioners and academics can leverage their resources in order to work collaboratively to co-produce knowledge and robust and reliable ‘evidence’. In so doing, she made three key observations. First, the utility of using a range of research methods for assessing and producing evidence; second, the importance of grounding evaluation and research within an understanding of the realities of police work; and thirdly, the importance of recognising the political context in which all research is couched in and, to varying degrees, influenced by.

In sum, the conference was an excellent event that served a number of valuable purposes. It disseminated the findings of two important N8PRP funded studies, both of which highlighted a range of policy and practice issues and questions. Second, it drew attention to the importance of ‘collaboration’ as a design template for ‘doing’ research. Third, it helped build connections between researchers and practitioners, but also between practitioners from different police forces and different partner agencies, who are all working on similar challenges. All in all, a very successful and rewarding event.

Daniel Pugh is a PhD candidate at the University of Leeds, studying police use of digital mobile technologies.