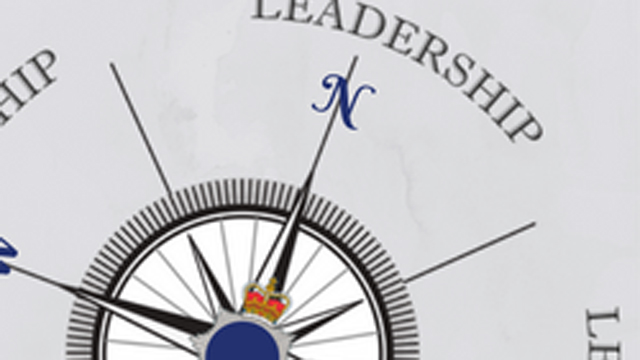 Policing with a purpose: A leadership compass

I recently had the opportunity to consider the policing challenges facing Police Scotland, along with colleagues from the Scottish Institute of Policing Research and senior practitioners[1]. Concern had been expressed by Her Majesty’s Inspector of Constabulary for Scotland about an apparent absence of a long-term vision of policing and a clear financial strategy for Police Scotland. Police Scotland, as a relatively new and large police force, provided a fertile ground to look at the leadership challenges in taking forward the force’s clear intention to develop a long-term vision and the key workforce development issues.

During this review, I referred to the increasing emphasis that has been given to the professionalisation of the police service but that responses to the proposals in England and Wales were not clearly positive or negative, with a danger that operational practice and training and leadership development will not be aligned. The creation of the National Police College, and the chief constable’s Council followed. This provides both an opportunity and a threat. Regarding the new council’s responsibility for the national co-ordination of critical operational functions and the NPC role in training and leadership development, there must be an acceptance that these are inextricably linked; we cannot succeed in one, without the other. I considered that the opportunity was present for Police Scotland to view this as a real applied leadership challenge.

The publication by the National Police Chief’s Council (NPCC) and the Association of Police and Crime Commissioners (APCC) of a ‘Policing Vision 2025’ provides more optimism. As a blueprint document, it sets out a vision that extends beyond making savings or incremental reform, and majors on transformational change across the whole of policing, putting the public and the improvement of policing for the public, at its core.

In a similar vein to the way in which I considered the challenges of the vision North of the Border, I take a brief hitchhikers guide to the challenges that the police leaders in England and Wales will face as they embark on their journey. Part of this, is to determine the key leadership questions that will shape policing over the course of the next ten years. In doing so, I draw again upon the framework, inspired by Rudyard Kipling’s Six Honest Serving Men (sic – herein referred to as fellows), which I have previously used as a framework to analyse many hundreds of years of leadership thinking and literature (Brookes, 2016):

I keep six honest serving-men
(They taught me all I knew);
Their names are What and Why and When
and How and Where and Who

The framework provides what I refer to as the six intelligent leadership questions; not intelligence in the sense of ‘nous’ (as Aristotle would refer to it), but rather, again using Aristotle, and his use of the term phronesis, meaning practical wisdom. It is about understanding, analysing and applying information in a way that generates intelligence with the longer term aim of creating and demonstrating wisdom; this is not too far removed from evidence-based policing, but extends the concept also to evidence-based leadership.

In reversing the order of the six intelligent leadership questions, successful leaders always start with asking “Why” (do we lead) before determining the ‘how’ and the ‘what’. The stated purpose of the Policing Vision 2025 is to make transformative change across the whole of policing and, as with Police Scotland, with the intended outcome of keeping people safe.

In terms of the ‘how’, the aim is to make far better use of digital technology, improving specialist capabilities and to train and equip officers to respond to the changes in demand, not least of which is to focus on criminals engaged in cyber-crime. The ‘what’ question will look to resolve problems that cause crime and anti-social behaviour and the ambition to integrate efforts with other agencies including health, education, social services and community to prevent crime, goes someway in defining the ‘who’. Finally, the ‘where’ question reinforces delivery through local policing.

Fundamental to the Vision is the need for policing at all levels to be accountable and responsive to the public through PCCs. In taking this approach, values come to the forefront of leadership behaviours and actions. The vision and its governance can be supported by focusing on collective leadership values. We can consider some collective values that help in determining what collective leadership is and how to assess its impact. The resultant acronym of ‘COMPASS’ is not entirely coincidental.

Developing a collective vision is a critical first step in asking “Why do we want to lead?” This is about developing a vision based on the values and experience that exist throughout the organisation and its networks, rather than just setting the direction from the top of the organisation or partnership. The vision should be outcome-focused, in creating and demonstrating public value for all stakeholders, including those who deliver the services as well as those who authorise and, importantly, receive the services. Multiple-levels of leadership suggests that interaction is played out at different levels of policing and their partners with different people taking a lead, based on expertise or knowledge, as opposed to position, power or authority. Partnership working through collaboration is the bedrock of collective leadership. The closer we get to the areas of far-reaching decisions, the greater is the need for this deeper and more comprehensive understanding of social problems, often referred to as so-called ‘wicked’ problems; not ‘wicked in the sense of being evil but, rather, wicked in the sense of their complexity. This calls for collective values that support an adaptive and action-oriented style of leadership focusing on where the problem leads rather than where the discipline dictates. Undertaking a problem-solving focus relies upon creativity.

The two final collective leadership values are critical and it is in these two respects that practice and leadership development should be aligned. Systems and structures should support the vision. It is encouraging therefore that the aim is to consolidate back-office support in cross-force units or integrate these with local authorities and emergency services with more shared procurement to reduce costs. Skills and behaviours conclude the COMPASS framework. Drawing on the seminal work of Philip Selznick in the 1950s, I argue that no social process (such as policing) can be understood other than its location in the behaviour of individuals. Those behaviours are determined by values and the challenge for senior police leaders – working closely with their colleague senior public leaders in other agencies – is to ensure that training and leadership development is fully integrated with and informs evidence-based improvements measured against the socially desired outcomes that the vision seeks to achieve.

It is encouraging also that the College of Policing will work with forces to give its workforce the skills and powers they need to meet these challenging requirements, focusing on making policing more representative of its communities and finding a better balance between personal accountability and a bureaucratic fear of making mistakes. The real challenge is to encourage these approaches through values-based leadership and assessments rather than a single-minded approach on quantifiable targets and processes. As Albert Einstein once famously stated:

“Count what counts and not what can be counted!” 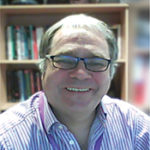 Dr Stephen Brookes has a long and distinguished career within several aspects of the public sector, spanning over forty-five years in the military, the police service, both central and regional government and, for the last eleven years, as a Senior Fellow in Public Policy and Leadership at the University of Manchester, Alliance Manchester Business School. Stephen is the Deputy Director of the N8 PRP and the co-lead on the Innovation Strand. He is the author of the ‘Selfish Leader’, published by Palgrave Macmillan in February, 2016.

Integrating master's level students into the work of the N8 PRP
The manipulative presentation techniques of control and coercive offenders: What are they and how ca...
Domestic homicide of older people in the UK